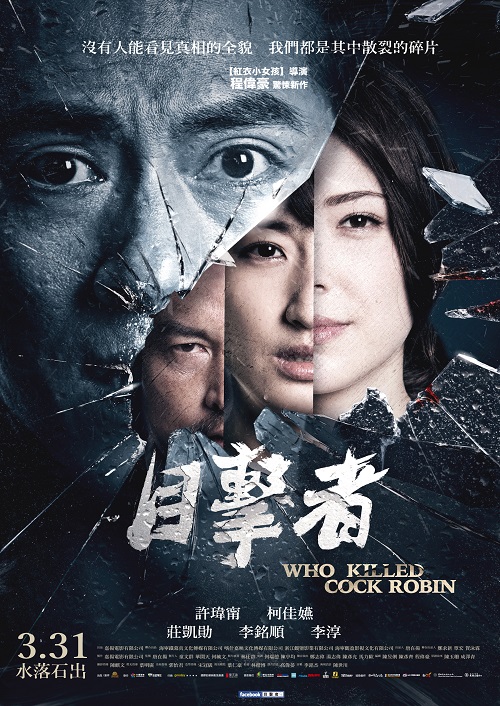 Investigative journalist Wang Yi-chi is a real charmer. Everyone instantly likes him and he can get away with almost anything. But then he makes the mistake of selling a scoop without checking the facts first. The juicy extramarital affair he wanted to expose turns out to be a fluke because the senator is legally married to the buxom babe he was seen with… On top of that, Wang wrecks his brand new wheels. Upon investigating, he finds out his shiny sports car isn’t so new after all and that it was involved in a fatal hit-and-run incident some years ago. When he delves into the case, things get murky and before you know it he discovers a dark web of secrets, scandals, and corruption that goes to the heart of the system. Meanwhile, he gets fired by his newspaper because of the fake scandal. At his most vulnerable he’ll have to go at it alone to uncover the dirty truth. Who Killed Cock Robin ? is the second film by Taiwanese director Wei-Hao Cheng in this year’s program. But don’t expect Tag-Along 3, because he has crafted a crime drama with a persistent film noir atmosphere. Among the impressive performers, we recognize Wei-Ning Hsu from the Tag-Along franchise and a certain Mason Lee ( son of Ang “Crouching Tiger, Hidden Dragon” Lee ).