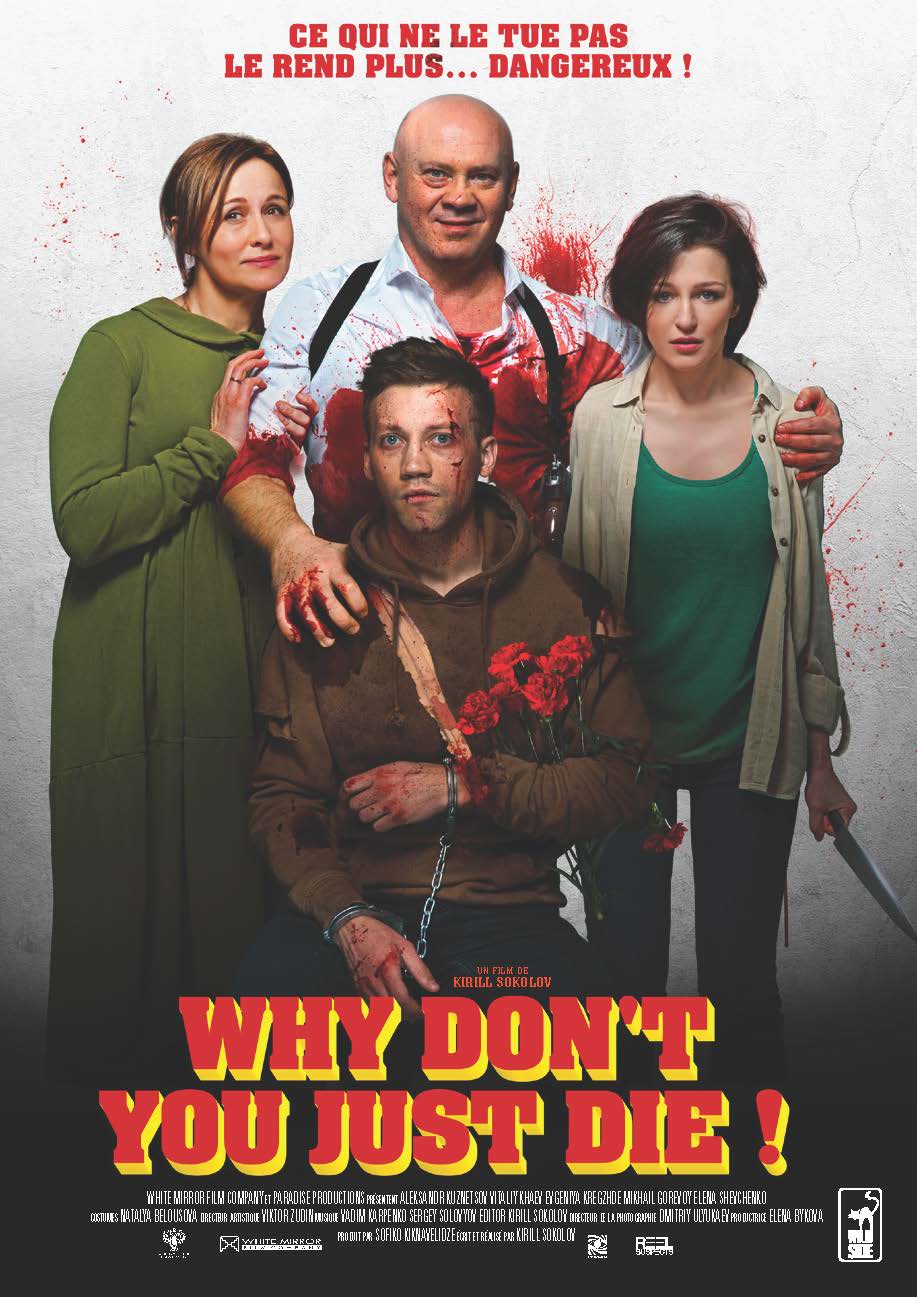 Why don’t you just die

A trembling finger about to ring a doorbell in an apartment building. A hammer clutched in a clenched fist. A hammer Matvey wants to drive through the skull of his father-in-law as soon as he opens the door. ‘Dad, die’ is also the eloquent original title of this feature debut of the man many like to call the Russian Tarantino (Tarantinsky?): Kirill Sokolov. A man with an education in physics and nanotechnology but who gave it all up for his first big love: cinema! The illegal VHS cassettes – in Soviet Russia, cassette watches you! – of Sergio Leone were all he used to watch as a young man, so it comes as no surprise that his film could be labelled a ‘living room western’, the Wild West with Ikea furniture. It’s a splatter opera (another thing the Russians have in common with the Italians) of hyper violence and black humor bursting out in slow motion and flying colors: the emerald green apartment turns a deep red… Jean-Pierre Jeunet, eat your heart out! It’ll take more than a hammer to bring dad-in-law to his feet. He’s a corrupt cop with a bag full of cash hidden in the couch and he’s not going to give it up anytime soon. WHY DON’T YOU JUST DIE! criticizes the violent undercurrent of Russian society but not without having tons of hemoglobin fun.