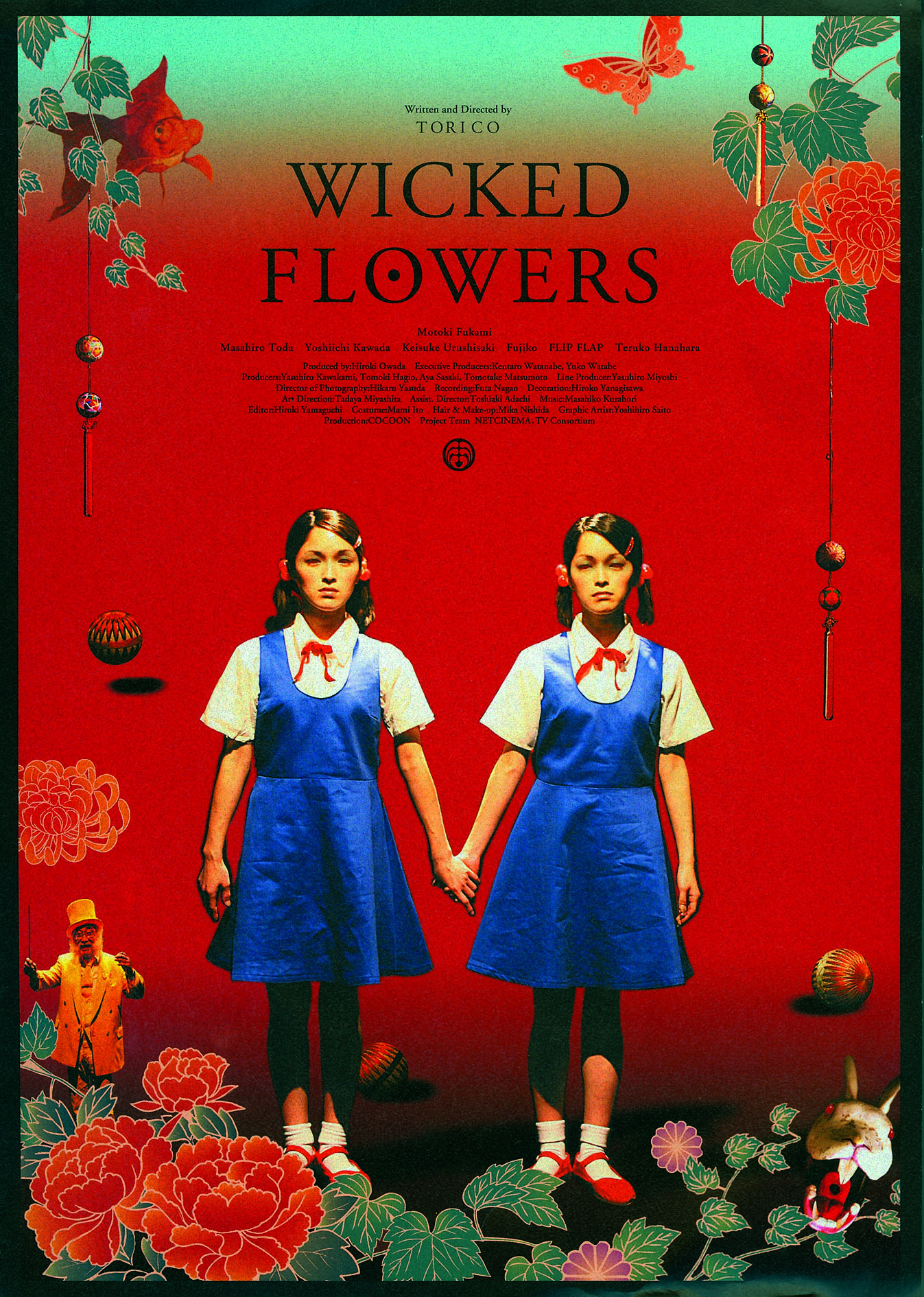 Young game enthusiast Miroku is looking for thrills to escape his boring life. The opportunity presents itself when he finds a strange advertisement on a packet of tissues : “We are looking for people who are craving the ultimate excitement. Join www.ikerushinibana.com” Miroku soon finds out that it’s a “members only” website. Candidates who pass the screening test can enrol in a game that offers lots of prize money to the winner. Miroku posts his candidature and soon receives a notification that he’s in. However, he doesn’t realize that this is only the beginning of a game that will put his life in danger. Miroku starts to encounters freakish people with weird questions and sees other participants die one after another. What is the purpose of this game ? And will Miroku be able to puzzle out the answer and free himself from this deadly piece of entertainment ? Wicked Flowers is the bizarre and flamboyant directorial debut of Torico, one of Japan’s new wave of directors. She fills her film with unique and eccentric characters and draws the audience into her movie with an engaging storyline and a stunning visual look, courtesy of cinematographer Hikaru Yasuda, art director Tadaya Miyashita and editor Hiroki Yamaguchi, the team behind Hellevator ( Bifff 2003 ). Starring Motoki Fukami ( Limit of Love : Umizaru, Sono Sion‘s Suicide Club ), Masahiro Toda ( Doppelganger, Charisma, Eli Eli ) and Keisuke Urushisaki ( Hellevator ).