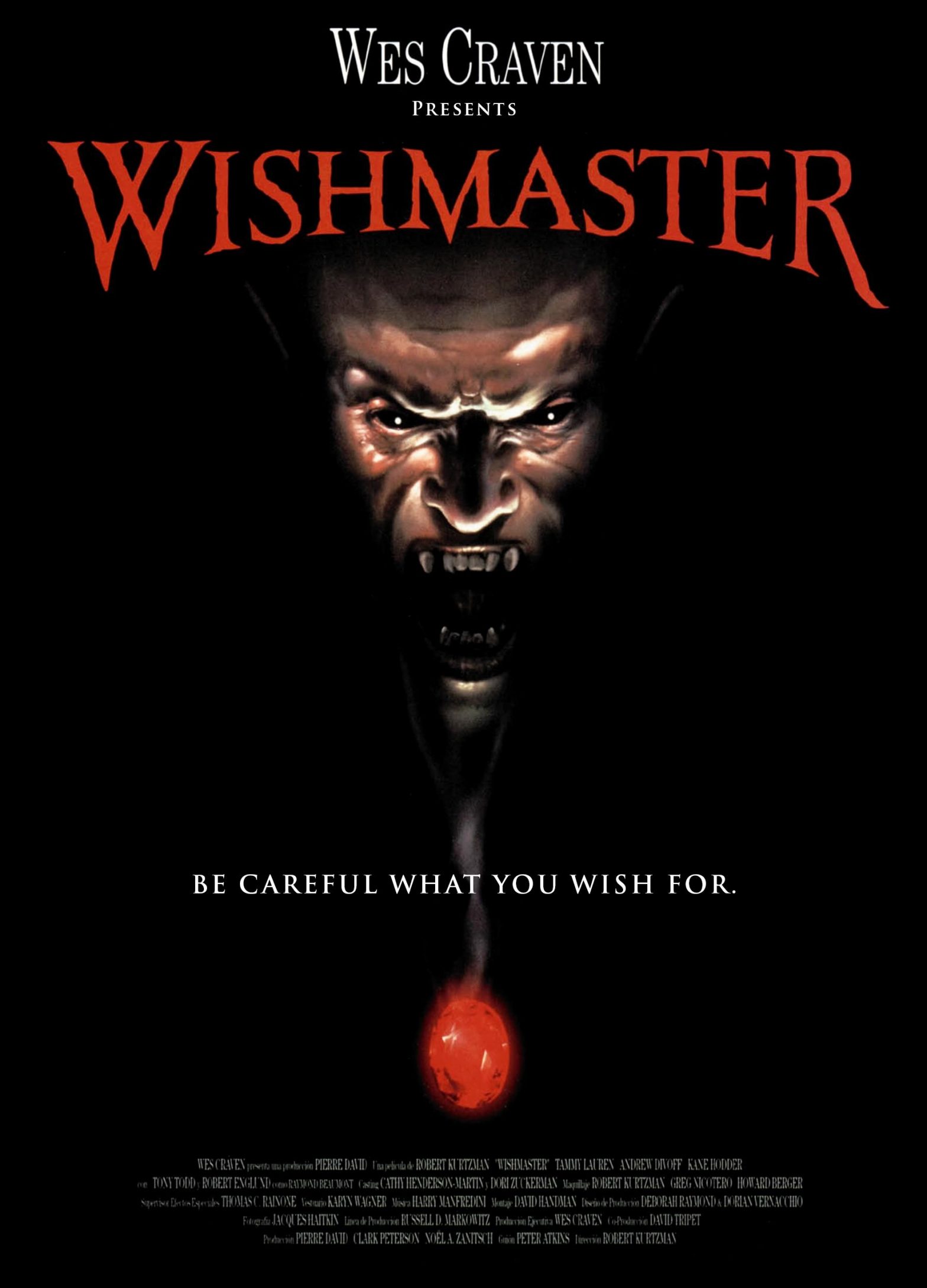 An eternity has passed since God created the heavens and the earth. But evil lives forever in an entity known as the Djinn… An embodiment of pure evil, the Djinn is an evil genie with the power to grant any human wish. But ask just one wish, and he owns your soul forever. Present day. A giant crate containing a priceless 12th century statue is dropped and destroyed by Mickey Calhoun, a drunken crane operator. A bystander is killed. Amidst the rubble is a fire red opal, a brilliant gemstone hidden for eight centuries. The stone winds up at Merritt’s Auctioneers, where Alexandra Amberson is a top appraiser. While appraising the mysterious opal, she is intrigued by a suspicious flaw deep inside the stone. When her friend Josh examines the gem in his lab, it explodes in a blinding flash, killing him instantly. In the smoking remains, a new life has been given to the Djinn.
Wishmaster began as an idea conceived by Wes Craven (The people Under the Stairs, Nightmare on Elm Street, Scream) to establish a new character – an evil genie who, like Freddie Krueger, could become the basis of a movie franchise. Robert Kurtzman (The Demolitionist) directed from a script by Peter Aitkins. Just for fun, Tony Todd (Candyman), Kane Hodder (Jason in Friday the 13th) and Robert Englund ( A Nightmare on Elm Street) made cameo appearances in Wishmaster as ordinary people who meet untimely deaths at the hands of the evil Djinn.