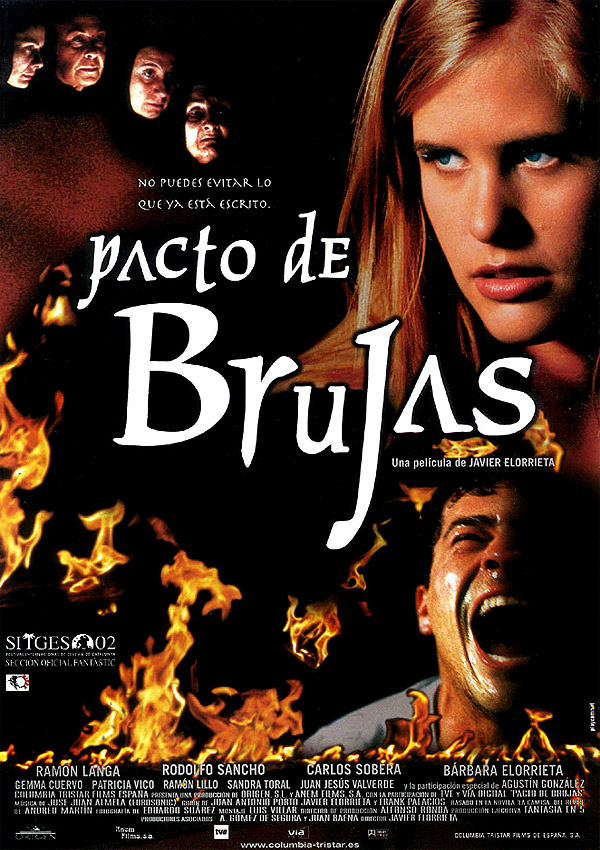 Doctor Degras, a psychiatrist who works for the police, is a sceptic when it comes to occult sciences. Not so his wife Luisa, a devotee of the magic arts. One night, during a ouija board session with friends, they receive a mysterious message directed at the doctor himself : “We will soon meet each other”. Its source is a dead person called Ricardo. That same night, Degras is woken by the phone. The caller is an old friend, Civil Guard captain Salanueva. He wants Degras to go as quickly as possible to the remote mountain village of Senillas. A terrible crime has taken place. Five people were murdered. There was only one witness, who was traumatized and has lost her power of speech. Now they need a psychiatrist. The alleged murderer has blown his brains out. His name was Maristany, Ricardo Maristany.

Pacto de Brujas was shot in the depths of winter, in small mountain villages. The efforts of cast and crew in the face of freezing temperatures, fierce storms and bitter frost, have achieved a result far above the expected. Pacto de Brujas is a strong contribution to Spanish fantasy, with an engrossing story where traditional elements of witchcraft are incorporated in a present day rural setting.