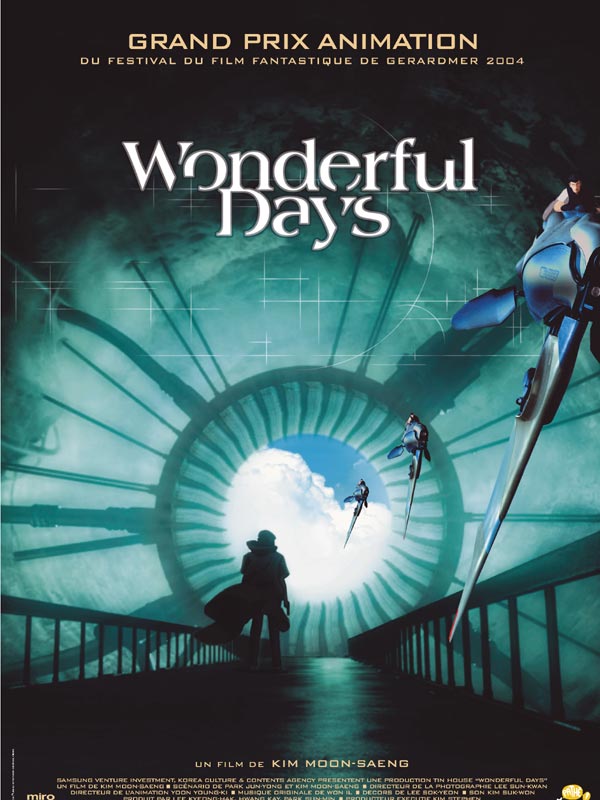 The year is 2142. Hundreds of years after the Energy Wars, the Earth is on the brink of extinction. In order to survive, humans have created Ecoban, a shielded, organic city that feeds on the Earth’s pollution. However, only a select few are allowed to live in Ecoban, leaving the refugees from outside to scrape by in shantytown Marr. When pollution levels start to drop, Ecoban risks to run out of resources. City officials secretly plot to destroy Mar and its inhabitants, adding their remains to fuel the city’s life support system. Shua, an
Ecoban outcast tries to infiltrate the city and shut down the system. She’ll be pitted against Simon, Ecoban’s head of security and her former lover.

Director Moon-saeng Kim makes his debut feature with this animated love story, set in a post-apocalyptic world. The message of his movie is one of hope. Despite the damage inflicted by mankind, nature is capable of regenerating itself. Wonderful Days fuses a variety of technical approaches, mixing traditional animation, 3D computer graphics, miniatures and live-action photography. This combination gives the film a unique, dark shaded beauty.