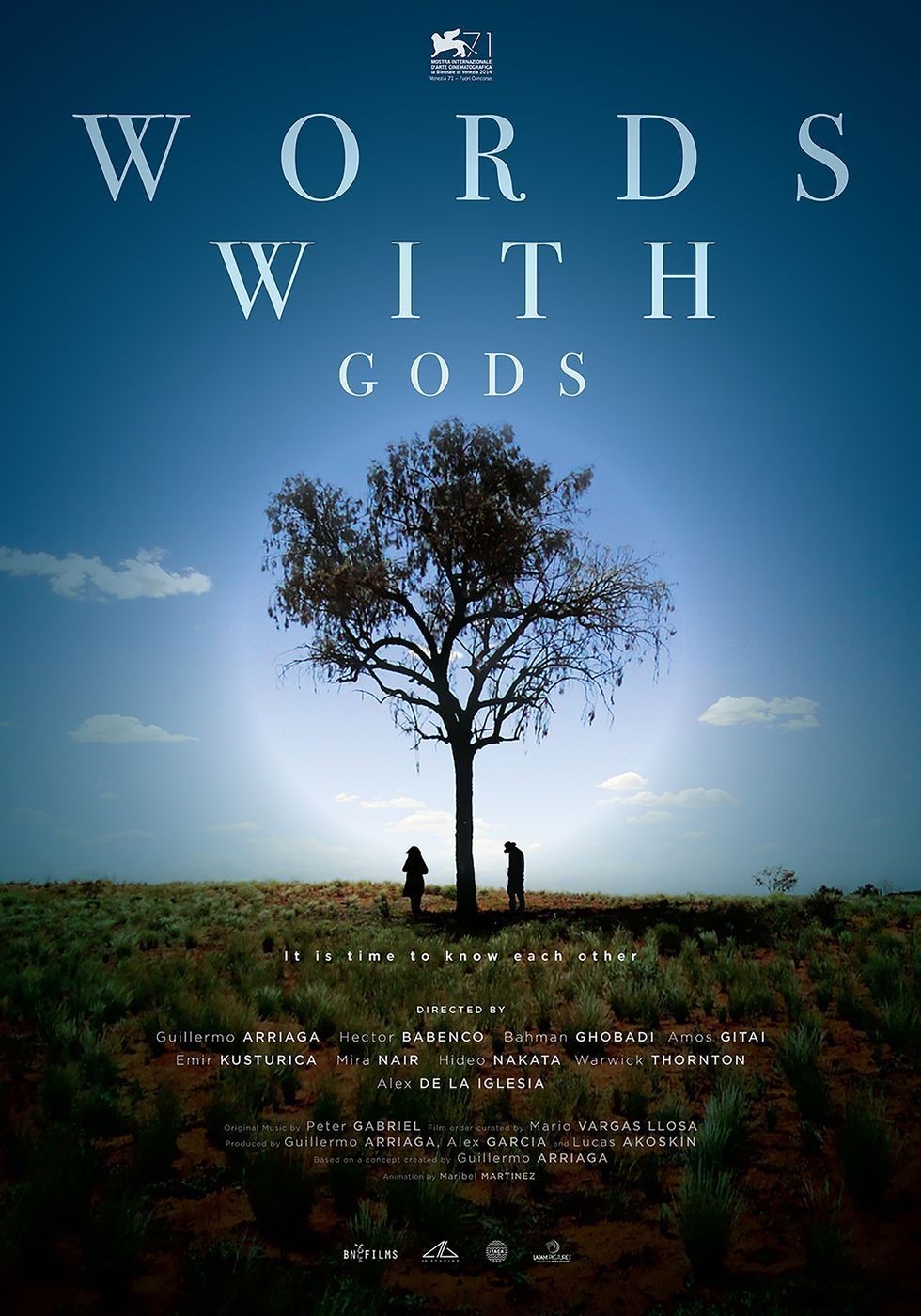 Who wouldn’t want to have a good conversation with the Gods in these times of doubt and despair? In this anthology, an initiative by the Mexican screenwriter Guillermo Arriaga (who scripted Alejandro Gonzalez Iñarritu’s trilogy Amores Perros, 21 Grams and Babel), nine top notch directors start a conversation with the Gods of Christianity, Buddhism, Islam, Judaism and the spirits of nature, exploring an individual’s relationship with his/her god or gods…or the lack thereof.

In the director’s chair, we find Guillermo Arriaga himself (who, after a falling out with Iñarritu, started to direct himself, with films such as The Burning Plain), Hector Babanco (whom you know from the classic Kiss of the Spider Woman), Alex de la Iglesia (no introduction necessary at the BIFFF), Bahmin Ghobadi (from the Iranian new wave hits A Time for Drunken Horses and Turtles can Fly), Amos Gitai (Kippur, Free Zone), Emir Kusturica (two time Cannes Palme d’Or winner), Mira Nair (the Indian director of Salaam Bombay and Monsoon Wedding), Hideo Nakata (the godfather of J-Horror) and Warwick Thornton (who won the Cannes Caméra d’Or for Samson & Delilah). Any self-respecting movie-buff should now head straight to the theatre!