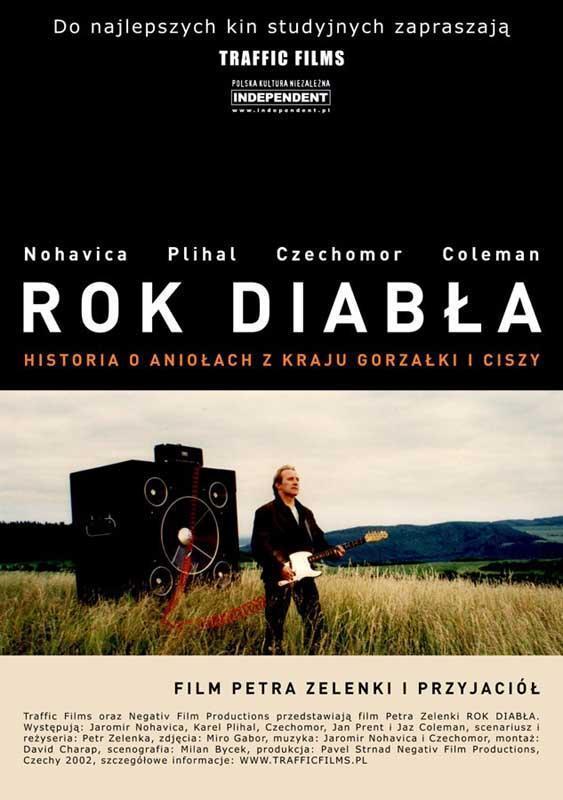 YEAR OF THE DEVIL

In Year of the Devil, a Czech folk star, a band of funeral musicians and a Dutch filmmaker stumble towards enlightenment on a remarkable musical tour. Fact and fiction mix in this music-filled, magical adventure that has ghosts and guardian angels helping people hear the melodies within them. When the folk star approaches the band asking them to perform with him, he thinks they will help cure him of alcoholism. They think he will help them become famous and the filmmaker thinks he has found a subject for a film. They are all right, but they will get more than they bargained for.

Director Petr Zelenka (Buttoners) came up with the idea of making a film starring Czech singer-songwriter Jarek Nohavica and the popular folk band Cechomor when they embarked on a short concert tour in the summer of 2000. Nohavica’s songs, Cechomor’s musical energy and Zelenka’s absurdly comic ideas are combined with concert and backstage footage, interviews with Dutch documentary filmmaker Jan Prent, a guest role for Jaz Coleman of Killing Joke and appearances from other members of the new Czech film wave. Behind the casual nature of the film, lies an unobtrusive sophistication. And Zelenka’s humour, from a discussion of male undergarments to astral presences, is always relentlessly deadpan.