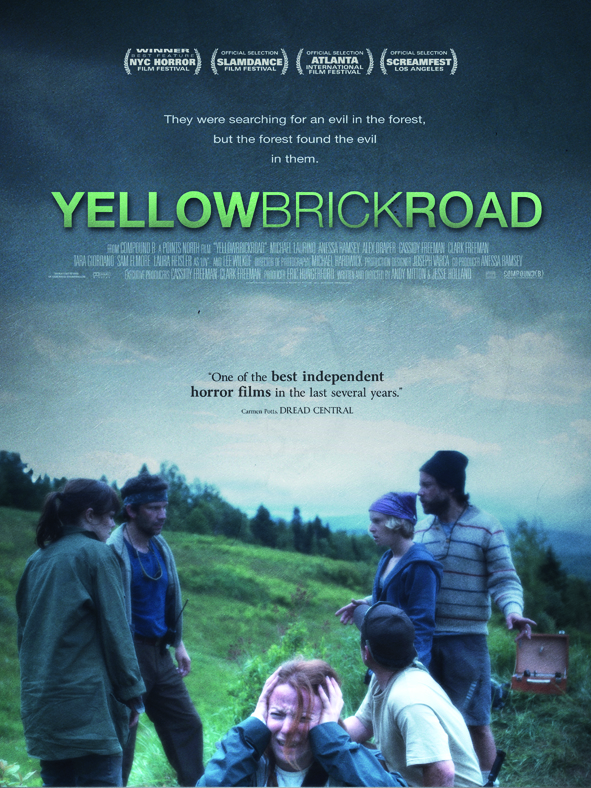 In 1940, a strange thing happened to the entire population of Friar, New Hampshire. One day, for an unknown reason, they all abandoned their homes and walked up an ancient trail. They were never seen alive again. For over 70 years, their fate has been a mystery. Now a team of researchers and film-makers, along with a guide and a psychologist, decide to follow the path to find out what happened once and for all. Yellowbrickroad tells the story of this expedition. A trek into the wilderness filled with danger, adventure, shifting loyalties and paranormal activity. This impressive new indie horror flick is a well-shot, multi-dimensional horror story. Debut directors Andy Mitton and Jesse Holland have combined their love for horror movies with character-driven stories. The movie was digitally shot on location in the isolated wilderness of the Northern New Hampshire woods. This authentic location definitely pays off, making the film very pure and realistic. Yellowbrickroad was also filmed in sequential order, allowing tension to build up frame by frame and bringing out the increasingly difficult physical and emotional journey of the characters.