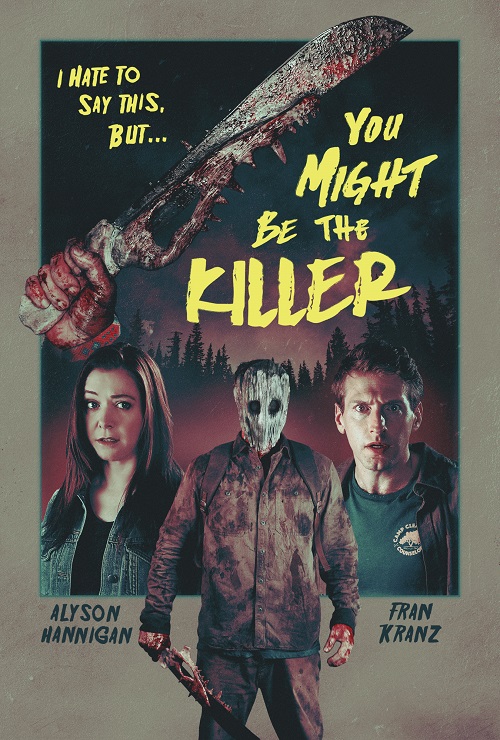 Sam wakes up covered in blood. Hurriedly, he hides from the killer who roams at summer camp and who’s already slashed half of the camp counselors. After leaving a voicemail on the sheriff’s phone (who’s old enough not to pick up after a certain hour), he calls his best friend and horror expert Chuck. Calmly, she starts asking questions to try to establish a timeline of who’s been killed and when. Jumping back and forth through the night, they soon realize that something doesn’t add up. The blood he’s covered in, isn’t his. He finds a weird looking machete and mask in his backpack. As the title suggests, the killer might be closer than they thought… Director, co-writer and BIFFF old hand Brett Simmons (HUSK) and co-writer Thomas Vitale (producer of SHARKNADO) found inspiration in a Twitter thread from 2017 between Sam Sykes (AEONS’ GATE TRILOGY) and Chuck Wending (STAR WARS NOVELS). Fran Kranz, known as the stoner in THE CABIN IN THE WOODS, plays the frightened and confused Sam. Alyson Hannigan, known for BUFFY THE VAMPIRE SLAYER, embodies the very calm and understanding Chuck. This dark horror comedy isn’t shy of using all the slasher tropes in the book. Winking at FRIDAY THE 13TH and other classics, it uses an 80s aesthetic, grainy image, title cards, and deliciously classic gory kills.