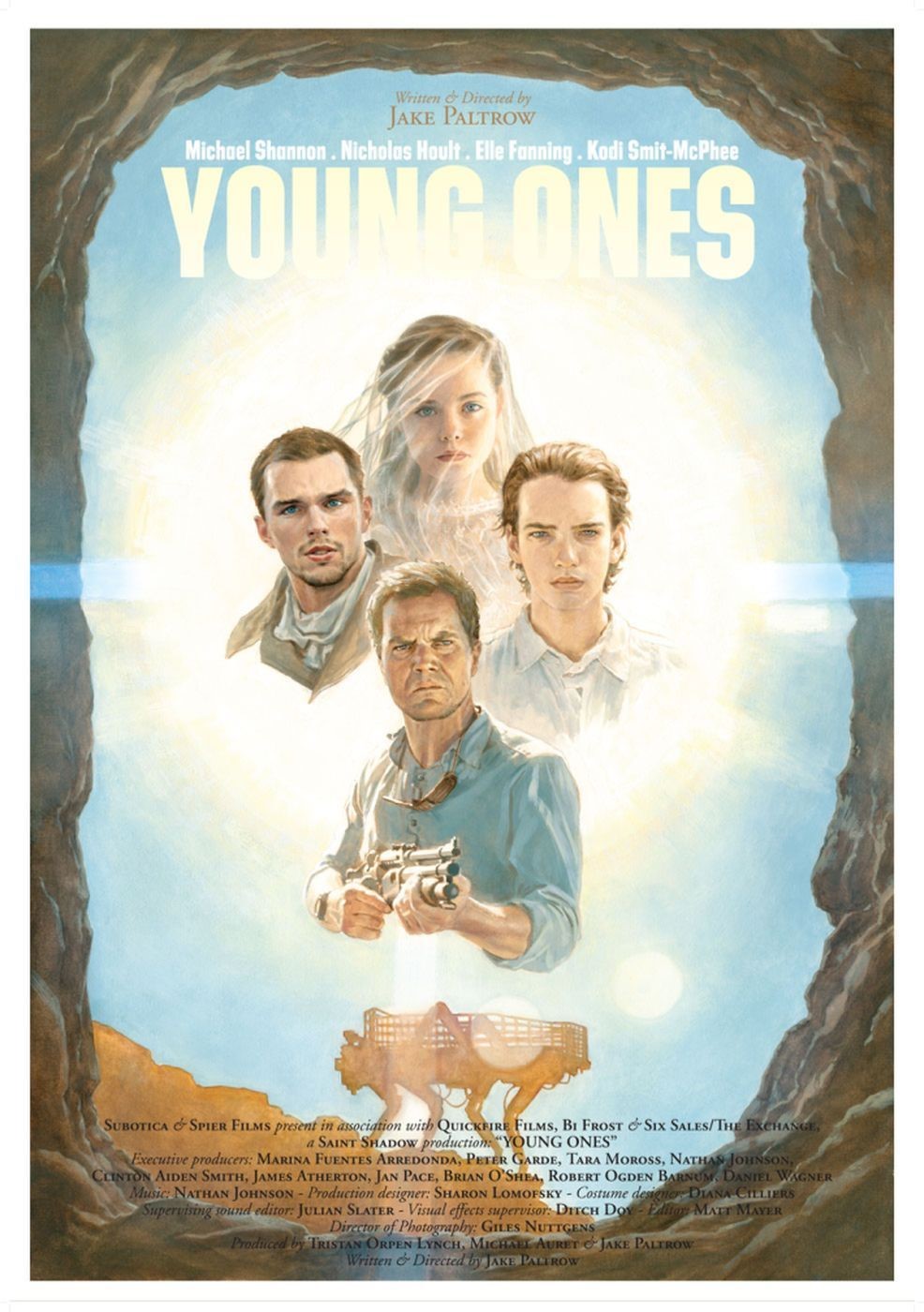 It’s not easy to be young in the not so distant future. Together with their father and their sick mother, Mary (Elle Fanning) and Jerome (Kodi Smit-Mc Phee) are trying to make a living in an America where water is more precious that gold and where the dishes are cleaned with dust. It almost looks like the first part of Interstellar, but nobody gets catapulted into space to save mankind.

Young Ones is an ambitious project that’s visually stunning and benefits from a strong cast. You know Michael Shannon from Jeff Nichols’ movies like Shotgun Stories and Take Shelter and from TV’s Boardwalk Empire. Elle Fanning made quite an impression in Sofia Coppola’s Somewhere and Kodi Smit-Mc Phee debuted as Viggo Mortensen’s son in The Road. Director Jake Paltrow also delivers great work. He fills his impressive sets with tension and inventive sfx and creates a universe that reminds you at the same time of science-fiction films from the seventies and westerns.