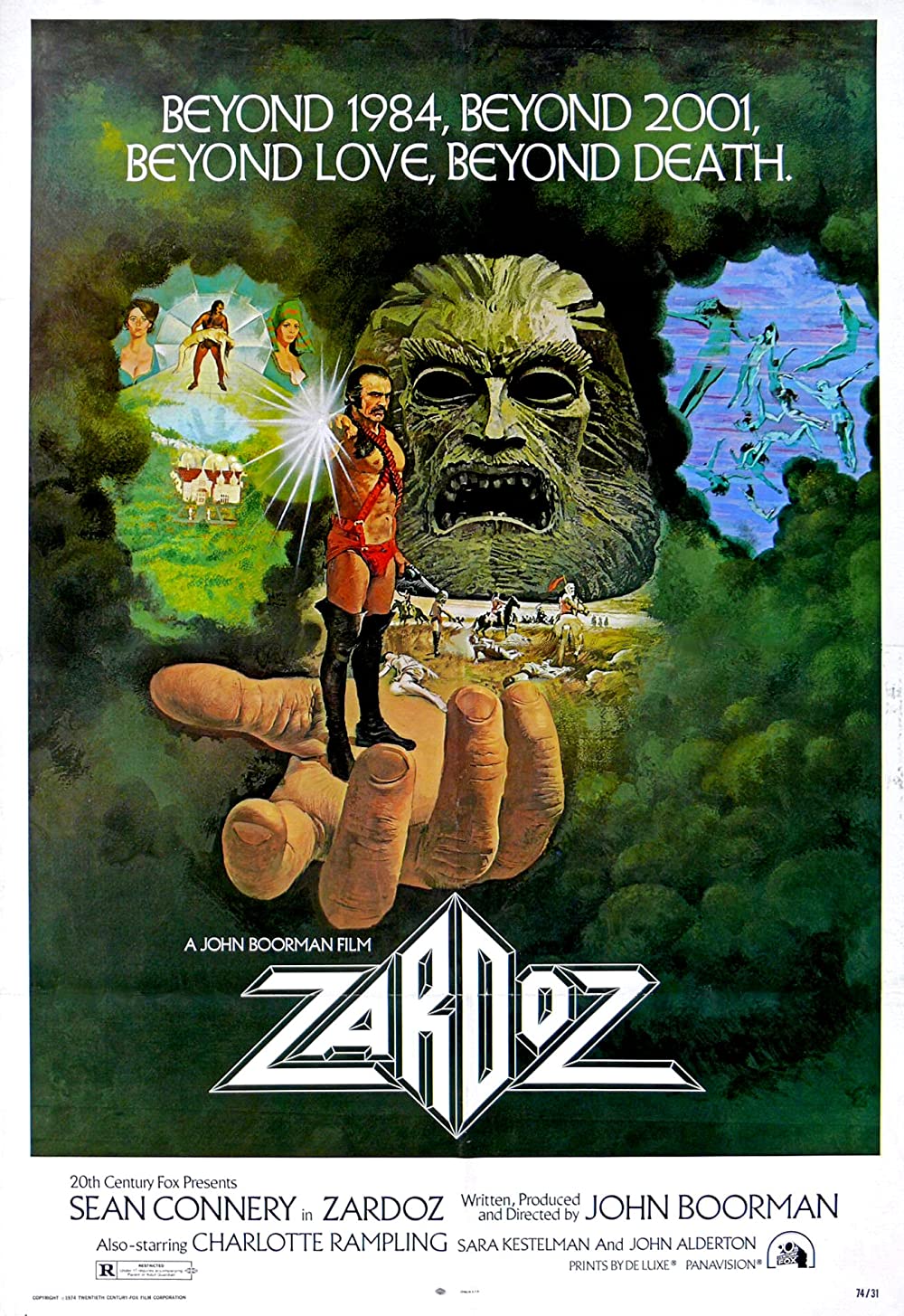 In 2293, the world is divided between the immortal ‘Eternals’ and the mortal ‘Brutes’. The Brutes serve the Eternals. Cracks are appearing in the system when Zed, a brute, turns against his masters. Zardoz, a film from 1973 by John Boorman, is considered one of the strangest of the genre. We are far away from the science fiction B-movies of the fifties. Scifi films from the seventies often take the guise of a fable, zoom in on ecological dangers and warn against a cold world where violence threatens civilisation.