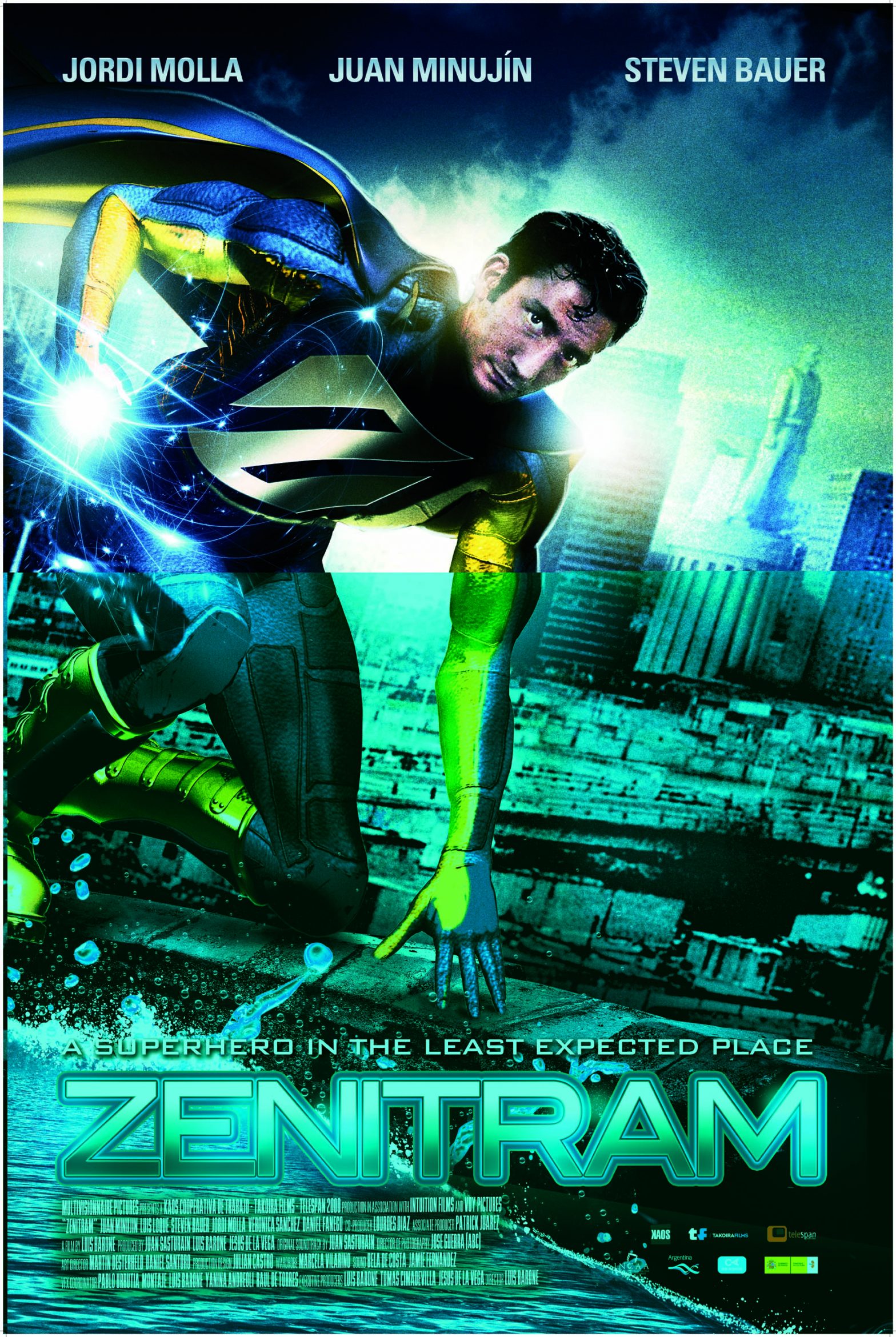 2025. Argentina suffers from the yoke of a giant corporation who has the monopoly of the water supply. One evening, Martinez, a regular Joe from a poor neighborhood, looses his job as a garbage man. When he goes to pee in a public toilet, he meets a strange man who bestows a unique gift upon him. Every time Martinez grabs his balls and shouts “Zenitram”, he gets supernatural powers. And this is how the first Argentinean superhero came to be, albeit one who’s afraid of flying. Martinez uses his powers to get the tabs flowing. The people love him, the media can’t get enough of him and the government… appoints him minister of extraordinary affairs and buries him in bureaucracy. Zenitram can’t take it anymore. He gets addicted to cocaine and immortally embarrasses himself during the National Holiday. There’s only one way out: rehab in the Miami hospital for superheroes. When the love of his life falls into the hands of the Machiavellian water tycoon, Zenitram seizes this last chance for redemption. Zenitram is a peculiar little beast at the BIFFF : an Argentinean political satire disguised as a superhero epic. Director Luis Barone certainly knows what he’s talking about, having done extensive “fieldwork” while being employed at the cultural departments of provincial and national ministries. Luckily you don’t have to know anything about Argentinean politics to enjoy Zenitram. Big bad multinationals, suffocating bureaucracies, human weakness and vanity are universal and at least this film offers hope for salvation, but then served with a solid portion of irony.