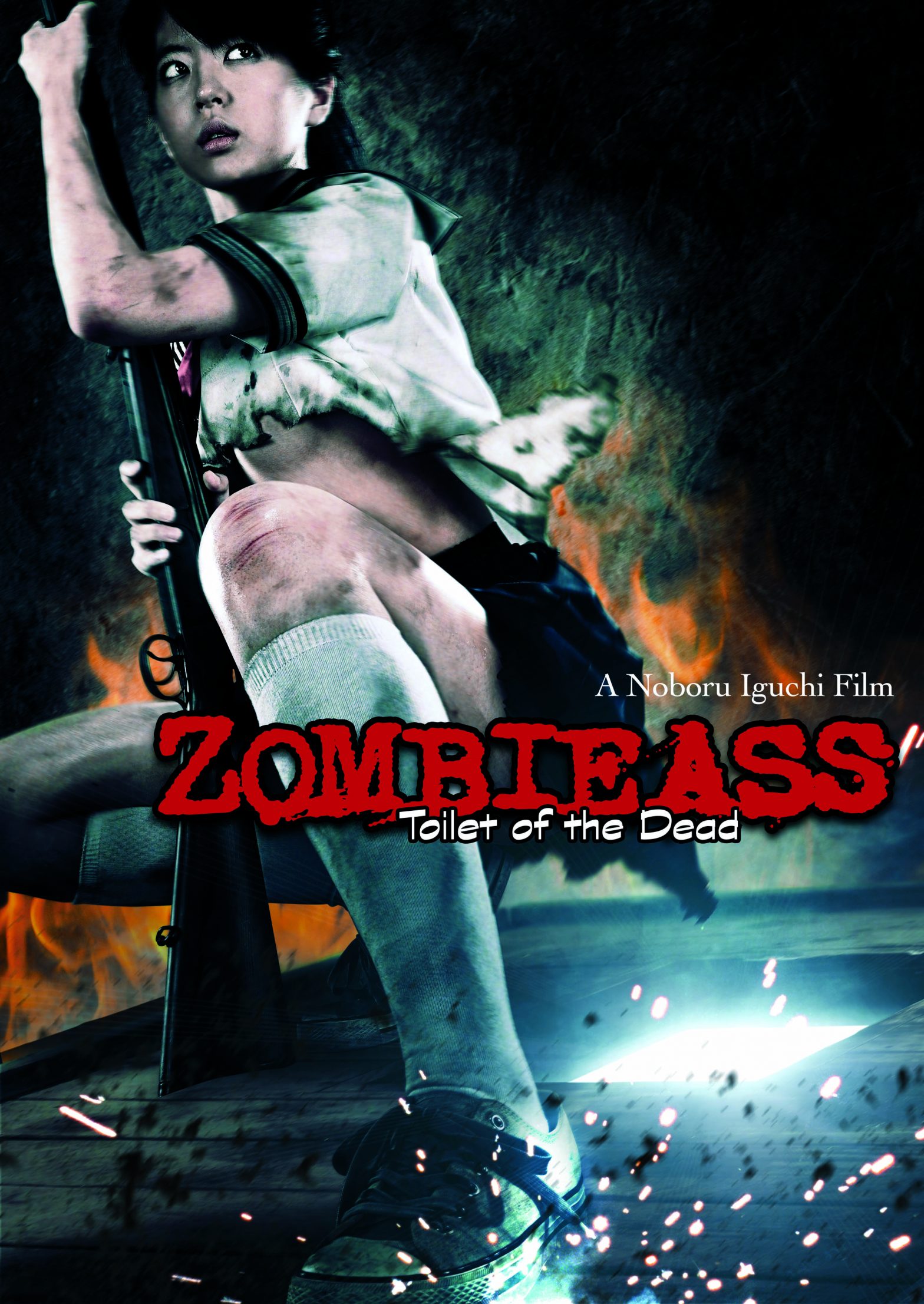 ZOMBIE ASS : TOILET OF THE DEAD

High school student Megumi is trying to come to terms with the recent death of her sister. To clear her mind and get some fresh air, she goes on a camping trip with some friends: beautiful Aya and her macho boyfriend Tak, busty prima donna Maki and nerdy Naoi. The purpose of their trip is somewhat bizarre. They want to fish in a river that is known for its tapeworm-like parasites. Maki wants to feed on the creatures to stay slim and pretty. But this drastic weight-loss therapy does not come without risks. One of the tapeworms turns out to be an anal alien parasite that bursts out of Maki’s nicely shaped bottom, teeth and all. It then eats itself a way to Maki’s brains, turning her into a zombie. And she appears to be not the only victim. From the toilet of a nearby cabin, one fecally covered undead after the other makes its way towards Megumi and her terrified friends. You might ask yourself what Noboru “Mr. Splatter” Iguchi ( Machine Girl, Robo Geisha, Karate-Robo Zaborgar ) will come up with after Zombie Ass : Toilet of the Dead. How could you possibly surpass this orgy of tits & ass and farts, shit & decay? After Zaborgar, his most successful film to date, Iguchi got carte blanche from a generous producer to cram all of his obsessions in one single film. Gore? You’ll get tons of it. Kitschy sci-fi? You bet! Karate? Just watch how Migumi kicks herself a way through legions of shit zombies. Asses? Well eh… just come and see for yourselves. Certainly not for sensitive intestines!