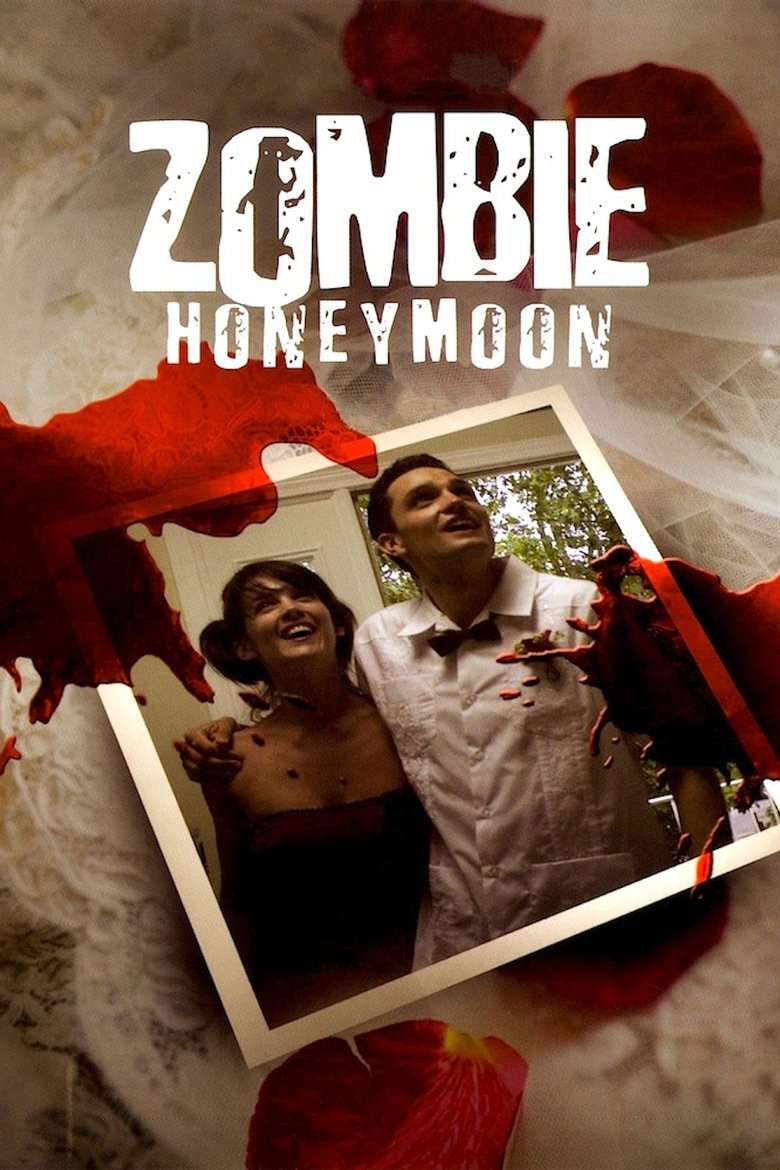 “In sickness and in health, till death do us part”, so vowed newlyweds Denise and Danny before bounding off for an idyllic honeymoon retreat down the Jersey shore. Basking in the glow of their nuptials on a beach at dawn, the couple’s bliss is interrupted when a mysterious shadowy figure inexplicably emerges from the waves and mauls Danny. Rushed to the hospital, pronounced dead on arrival, Danny suddenly awakes… a changed man. What follows is a harrowing descent into a hellish nightmare that stretches the concept of commitment to its breaking point. Denise and Danny struggle with an appalling new reality. He’s incapable of controlling his appetite and she’s unwilling to turn her back on him. Will Denise break her vows or will she stand by her man ? Just when you thought there were no new twists to the zombie genre, you get the first romantic flesh-eating corpse movie. Writer-director Dave Gebroe (The Homeboy) veers intelligently between heartrending marital drama and genuine gore-soaked horror. Zombie Honeymoon scores simultaneously as romantic, tragic, grotesque and screamingly funny. Graham Sibley (Tin Cup, The Last March) turns from vegetarian to Zombie as Danny, while Tracy Cogan (Angela Nothing) as Denise, bravely tries to keep her marriage afloat, no matter what the costs.