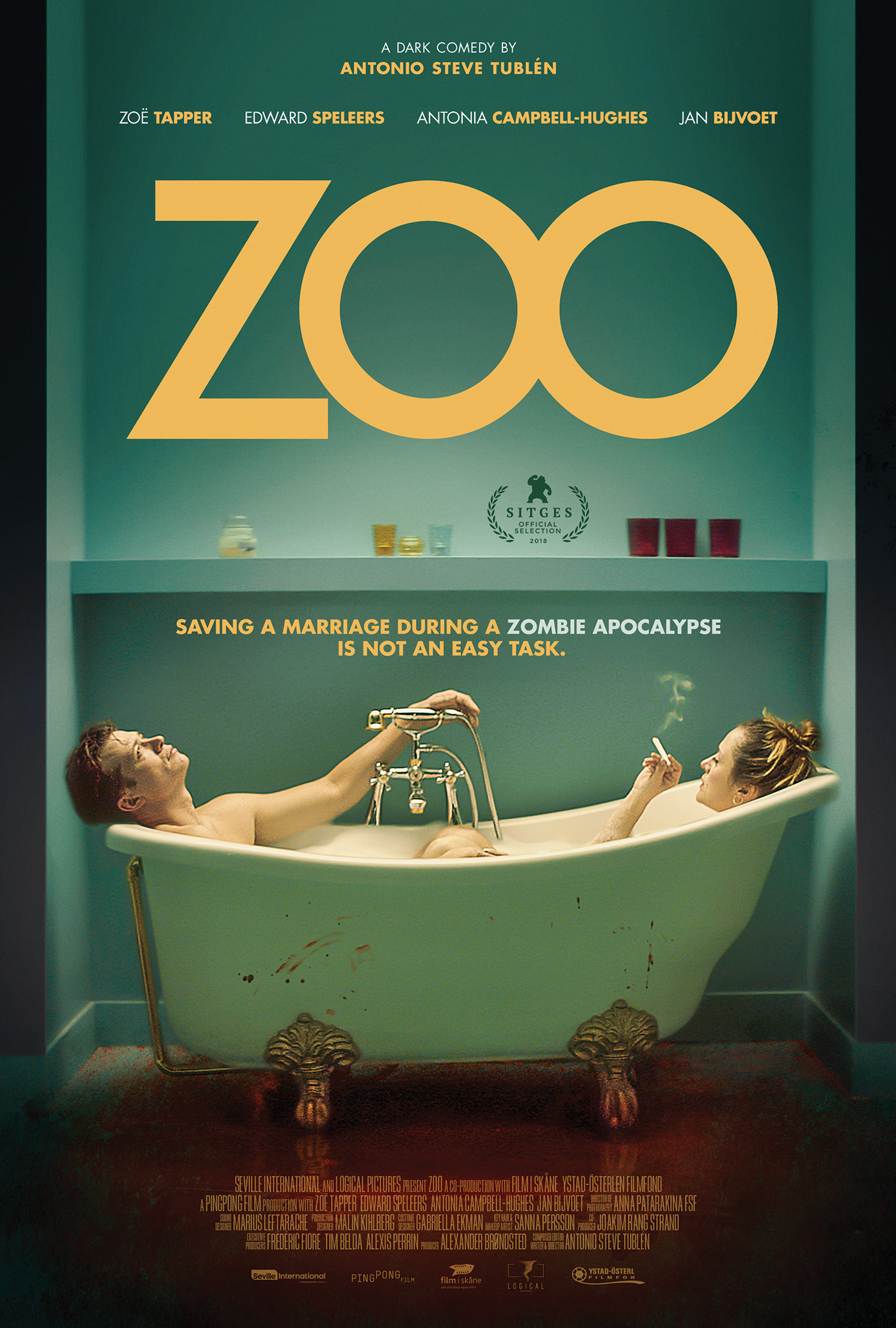 Karen and John are drifting apart. Once, they were a beautiful, young couple but after the miscarriage of their first child, their relationship has turned as sour as milk that’s been left out of the fridge for too long. Routine and boredom have gotten the better of them when a sudden event changes everything: a worldwide pandemic that turns people in blood-thirsty zombies. Luckily, our former lovebirds are hidden away in their swanky top-floor apartment, high above the London skyline. They decide to make the best of it and try to rekindle the embers of their erstwhile passion. With success, thanks also to the stash of illegal substances that Karen has set aside for a rainy day. But then there’s a knock on the door and they find out the hard way they’re not the only ones to have survived the ordeal… Swedish filmmaker Antonio Tublén is an old friend of the BIFFF. At the 2017 festival, he presented ROBIN and in 2014, he won our 7th Orbit Prize with LFO. This time, he brings an entertaining, darkly funny cross between a zombie flick and a relationship drama. Among the actors, we recognize Belgium’s own Jan Bijvoet (PEAKY BLINDERS, THE BROKEN CIRCLE BREAKDOWN, D’ARDENNEN).