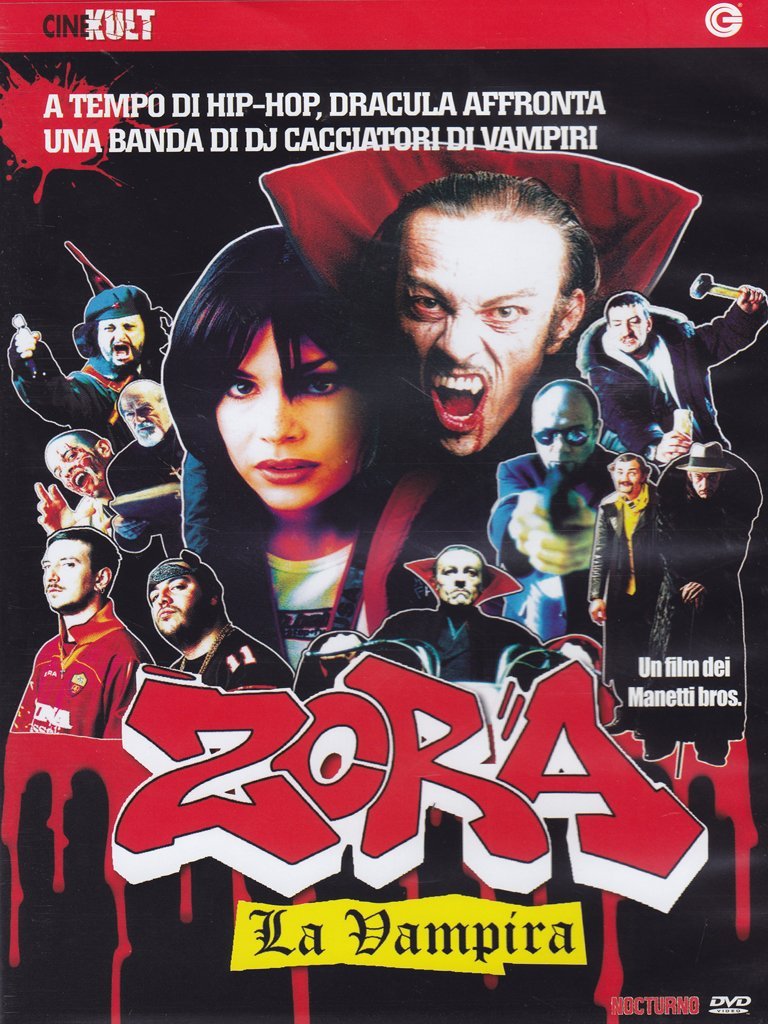 Transylvania, the year 2000. The tallest tower of Dracula’s castle sports a huge satellite dish. The count, tired of drinking the same old cheap blood of the local peasants and attracted by the glamour of the Italian television, decides to move to Italy. Soon Dracula and his faithful servant come to realize that life in Italy is all but glamorous for a Rumanian refugee. They find themselves living in a seedy flat in a desolate suburb of Rome where the only entertainment available is a squatters club. Dracula starts to frequent the venue and is introduced to the world of hip-hop, reggae and political committees. But above all, it is here that he meets Zora, a young writer who will change his life. Zombie Mc, a rapper who simply loves anything to do with horror, is the only one to suspect Dracula’s true identity. With the aim of saving his friend Zora from the demon, he sets off on a hunt with a motley little army. After getting a retro-look by Coppola, learning the line-dance in Karmina, an expressionist reinterpretation in Elias Merhige’s The Shadow of the Vampire and fighting it out with Buffy, the Vampire Slayer, everybody’s favourite bloodsucker now becomes enthralled by the squatter movement. This delirious Italian comedy, the debut feature of the Manetti brothers, could benefit from cinematography by Federico Schlatter (DeGenerzazione, Cuba Libre) and original songs by some of Italy’s leading hip hop and reggae acts. With Toni Bertorelli (Besame Mucho, La stanza del figlio) as Dracula, Micaela Ramazzotti (La prima volta) as Zora and rapper Chef Ragoo as Zombie MC.