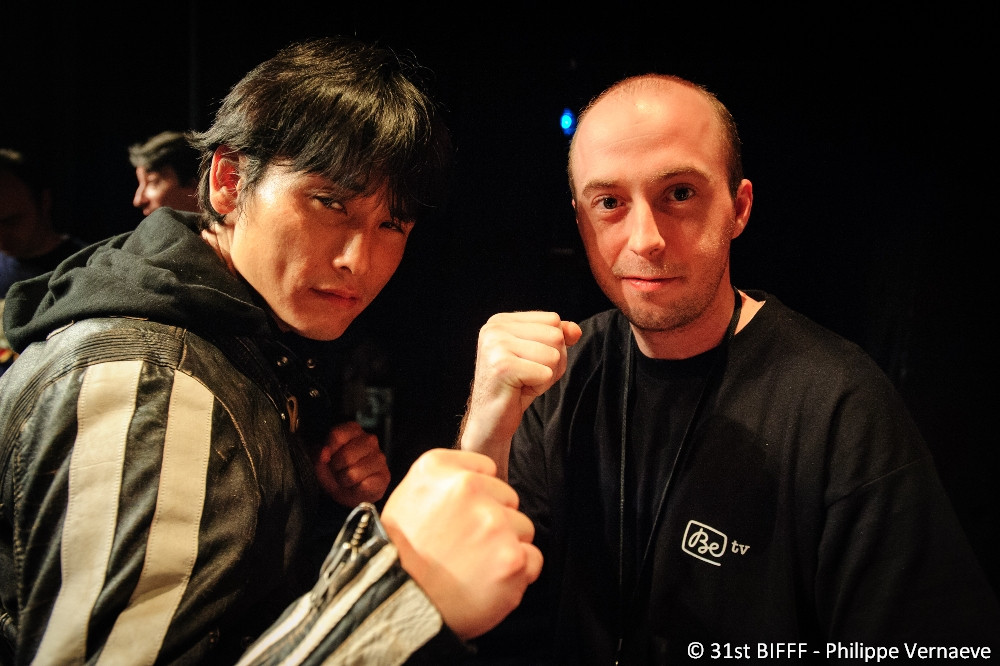 Spotted by filmmaker Ryuhei Kitamura ( who saw him at work as a street fighter ), Tak Sakaguchi popped his acting cherry with Versus ( 2000 ). After that, the guy was simply unstoppable : Azumi ( presented at the BIFFF in 2004 ), Battlefield Baseball ( by Yudai Yamaguchi ) and Tokyo Gore Police ( by Yoshihiro Nishimura ). He was also action choreographer for gems such as Vampire Girl VS Frankenstein Girl, Mutant Girl Squad and Cold Fish. After having perverted baseball in Yudai Yamaguchi’s Deadball, actor and director are coming back to the BIFFF to present us their collaboration ; the mind boggling Snot Rockets !