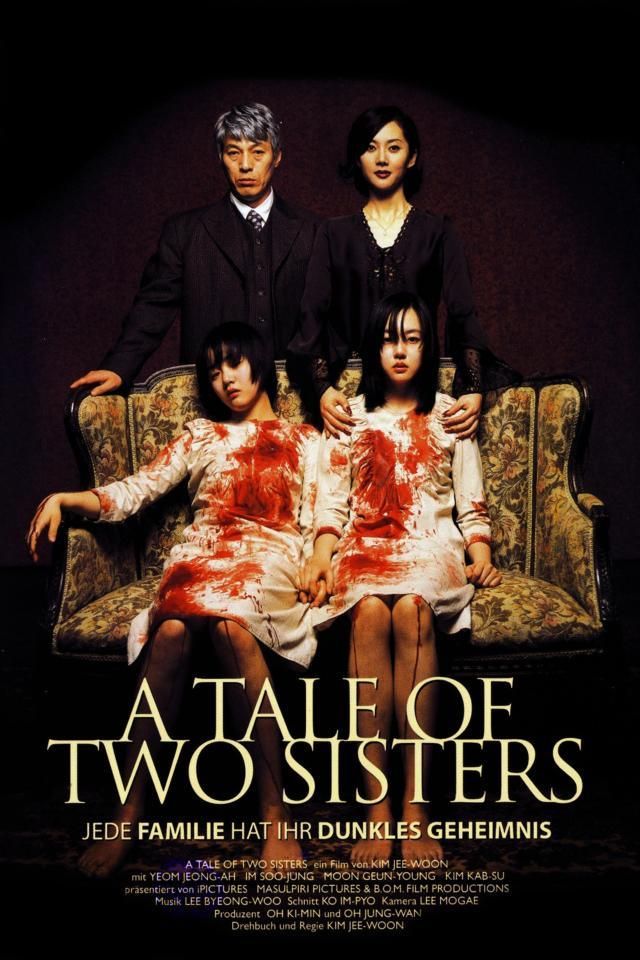 A TALE OF TWO SISTERS

Two sisters, Su-mi and Su-yeon, come back home after having been treated for a long illness. They are welcomed by Mu-hyun, their strangely distant father and by their high-strung stepmother Eun-joo. On their first night, Su-yeon dreams of her death mother hanging herself. And Su-mi wakes up breathless, seeing the ghost of their mother creeping towards the bed. From that night on, the house seems to be haunted and tensions rise between the sisters and their stepmother. Eun-joo suspects that Su-yeon is behind the strange incidents and locks her in the closet. When Su-mi complains to her father, he just tells her to forget about her sister. The following day, Su-yeon has disappeared.

A Tale of Two Sisters is based on a classic Korean folk tale and has already been adapted five times for the screen. In this version, director Jee-woon Kim, focuses on the horrors of dysfunctional family life. The maker of The Quiet Family and The Foul King directs with a slow, poetic and dreamy pace. A Tale of Two Sisters is at the same time a terrifying horror movie and a harrowing family drama about jealousy, forgetting and remembrance.