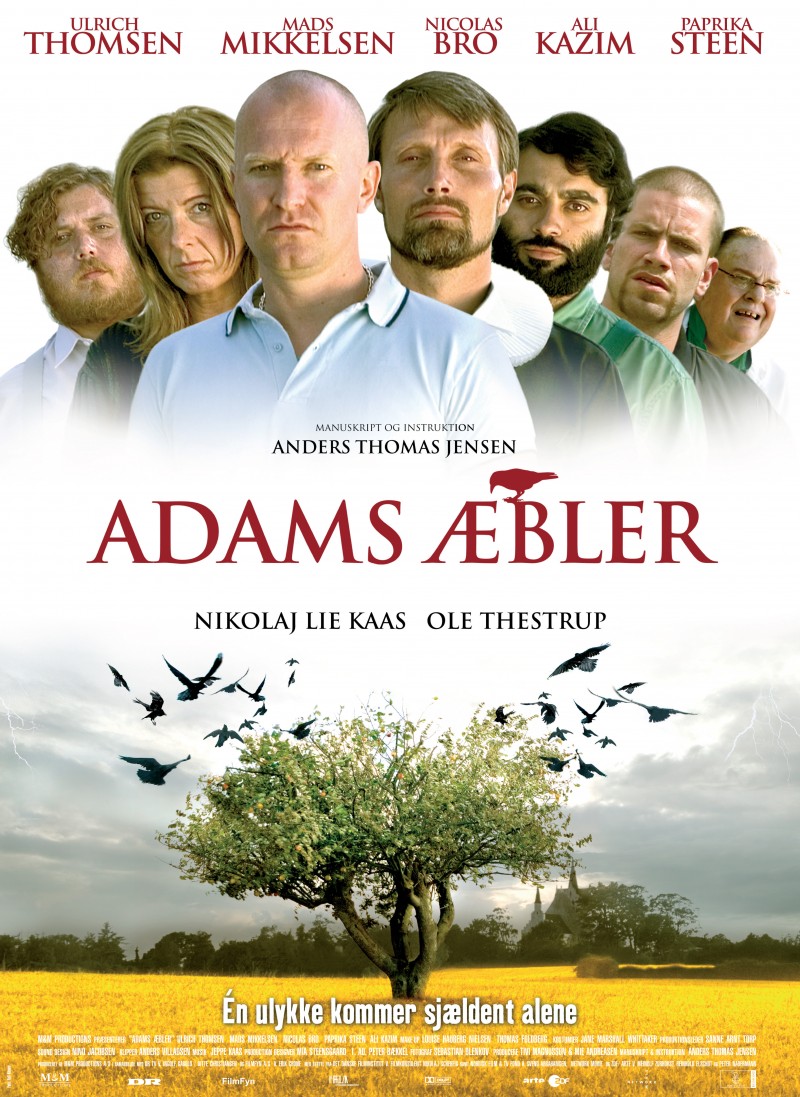 Adam, a neo-Nazi, gets off the bus one day in an idyllic Danish farming community. Among the rolling fields of corn, there’s a neat, white church. This house of God is the terrain of Ivan, the priest to whom the ex-con has been assigned for a spot of rehabilitation and re-education. Taciturn, sullen and aggressive, Adam aims to get through this forced sojourn as quickly as possible so he can join his skinhead friends in the city and take up his life of racism and drunken mayhem. When the insanely optimistic Ivan asks Adam what his goal is going to be during his stay, Adam just answers he wants to bake an apple pie. Ivan promptly assigns him to protect the apple tree in front of the church. Birds, worms and lightning start to attack the apples. Ivan believes it is the Devil that is testing him. But Adam thinks it is God. How do you persuade a neo-Nazi to bake an apple pie? That is the challenge that powers the wicked third feature of Danish screenwriter ( Old Men in New Cars, Brothers ) and director ( Golden Melies 2003 The Green Butchers ) Anders Thomas Jensen. Partly absurd black comedy, partly good-and-evil morality tale, Adam’s Apples gets under your skin with its clever story, beautiful and hyper-realistic photography and lightning, a sentimental classical score and solid performances by Denmark’s two leading actors, Mads Mikkelsen ( Pusher, The Green Butchers ) as Ivan and Ulrich Thomsen ( Festen, Brothers ) as Adam.