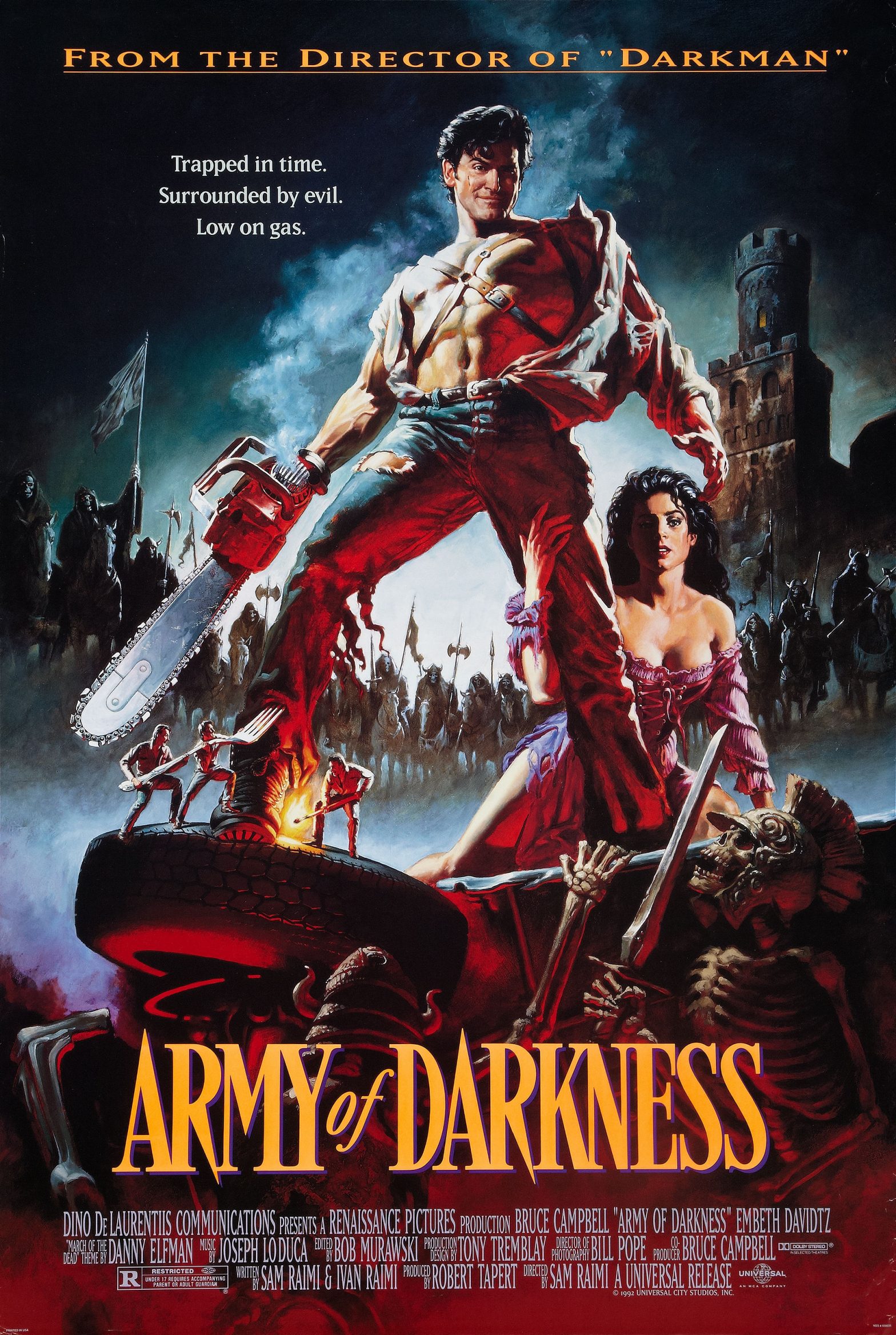 Ash, the moron with a chainsaw replacing his right hand, has just been sent back to the medieval era because of a spell that went wrong. Knights in armor take him prisoner and bring him to King Arthur’s castle. Once there, Ash must fight a hairy and disgusting monster, which is nevertheless an expert in martial arts. After defeating it, Ash is freed. However, in order to go back to his time, he must find the Necronomicon, a grimoire made of human skin that resurrects the dead. His chainsaw is replaced by a wonderful mechanical hand, and Merlin the magician teaches him a magic formula that will protect him from the army of darkness. After a journey full of unexpected turns of events, Ash reaches the cemetery where the cursed book should be. He manages to tear it from the pedestal it lies on, but forgets to recite the formula Merlin taught him earlier. While Ash claims victory, the dead rise from their graves and get ready to attack Arthur’s fortress…!

For this third part of the EVIL DEAD’s saga, Sam RAIMI chose to distance himself from gore: ARMY OF DARKNESS has much more in common with THE SEVENTH VOYAGE OF SINBAD than with the NIGHT OF THE LIVING DEAD. Comedy is also omnipresent, and the action scenes come after one another at the speed of a good old TEX AVERY. In fact, the dynamism of Ash, interpreted by Bruce CAMPBELL (EVIL DEAD, EVIL DEAD II) contributes a lot to it: he is constantly moving, gets his ass kicked through the whole film and smashes an incredible number of skeletons, zombies, and other demons. EVIL DEAD III is also (and above all) a genuine festival of special effects: apart from TERMINATOR 2, no other film contains so many special effects.