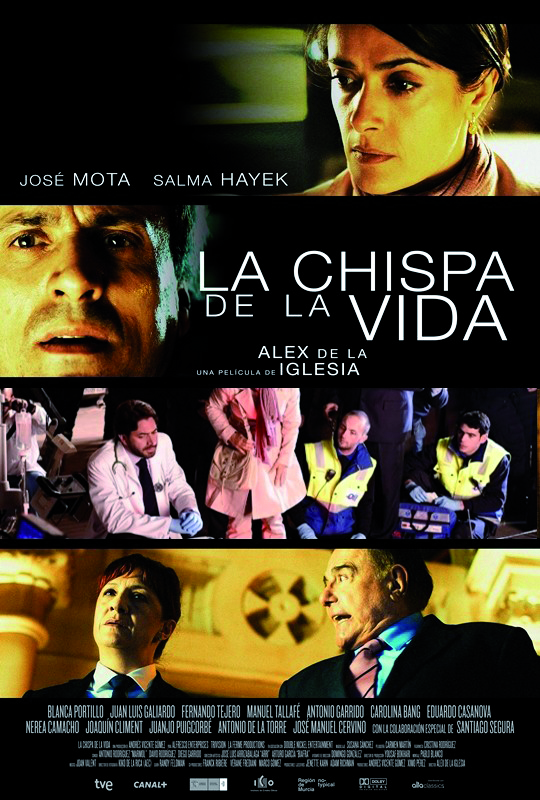 AS LUCK WOULD HAVE IT

Roberto used to be a true son of publicity: a whopping salary, juicy contracts, decadent escapades in postcard picture scenery, brainstorming with colleagues accompanied by champagne and a few lines of coke. He even invented the famous Coca Cola slogan, “The Zest of Life”. But the higher you rise, the deeper you fall and poor old Roberto has sunk into an abyss of oblivion. That is until the day when he finds himself between life and death, in a situation that makes the media salivate with hunger. And as Roberto knows how to play them, he uses his smooth talking talents to sell himself and guarantee a future for his family Alex de la Iglesia is on a run ! Last year the director of El Dia de la Bestia, Perdita Durango and The Oxford Murders opened the BIFFF with A Sad Trumpet Ballad. And this year he’s back with this venomous and stinging satire on today’s sensation hungry media, obsessed with exploiting human misery and their morbid fascination with celebrity. As usual de la Iglesia spices up his tale with deliciously black, surreal humor. At the same time, he uses Roberto’s life-threatening situation to keep us on the edge of our seats. José Motta ( Torrente ) is perfect as the unfortunate Spanish Don Draper and Salma Hayek ( Frida, Desperado ) brings her considerable charms to the battle as Roberto’s ex-wife Luisa.