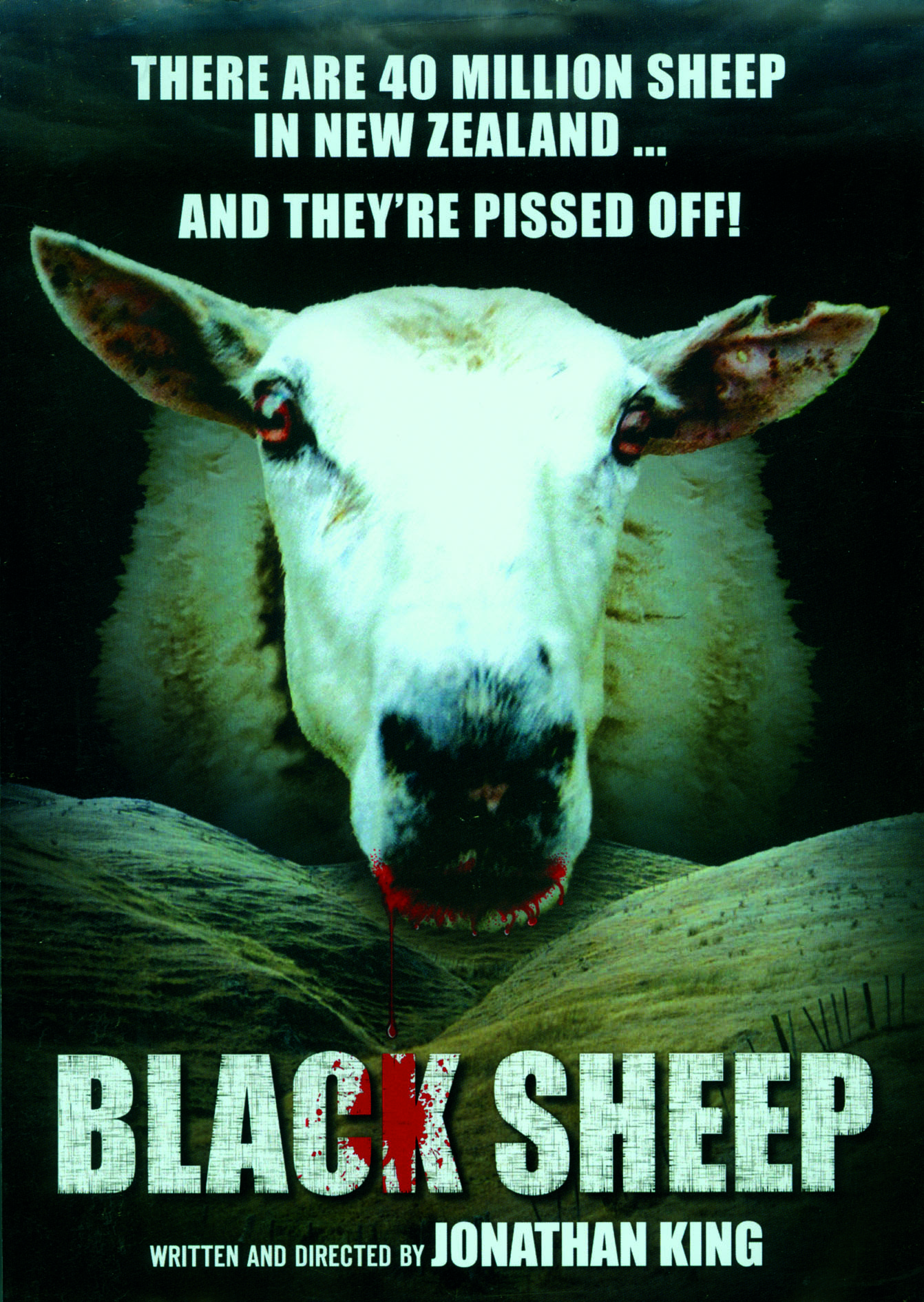 Henry Oldsworth is coming back to the family farm, unaware that something bad is going on; his brother’s reckless genetic engineering program. Angus is buying his younger brother out, just hours ahead of the unveiling of his “ultimate” sheep. Terrified of the animals and dosed up on therapy, Henry doesn’t want to hang around. But when a pair of inept environmental activists release a mutant lamb from Angus’ laboratory into the wild, thousands of sheep are turned into blood thirsty predators. Henry finds himself stranded deep on the farm as his worst nightmare comes to life. Battling their way to safety, Henry, farmhand Tucker and greenie girl Experience discover there’s worst to come. One bite from an infected sheep transforms people into weresheep. Black Sheep is a riotous mix of splatter-movie aesthetics, national dread and ecological warning. Jonathan King’s debut feature is also a very funny horror film that makes you think of Peter Jackson’s early work, especially Braindead. What makes the movie tick is the juxtaposing of pastoral New Zealand landscapes against the perverse imagery of rabid, genetically deformed sheep ravishing the locals. The gut-wrenching mutant transformations are courtesy of Peter Jackson’s renowned Weta Workshop ( The Lord of the Rings trilogy, King Kong ). You’d better make sure to reserve your seat for this goredrenched crowd-pleaser.