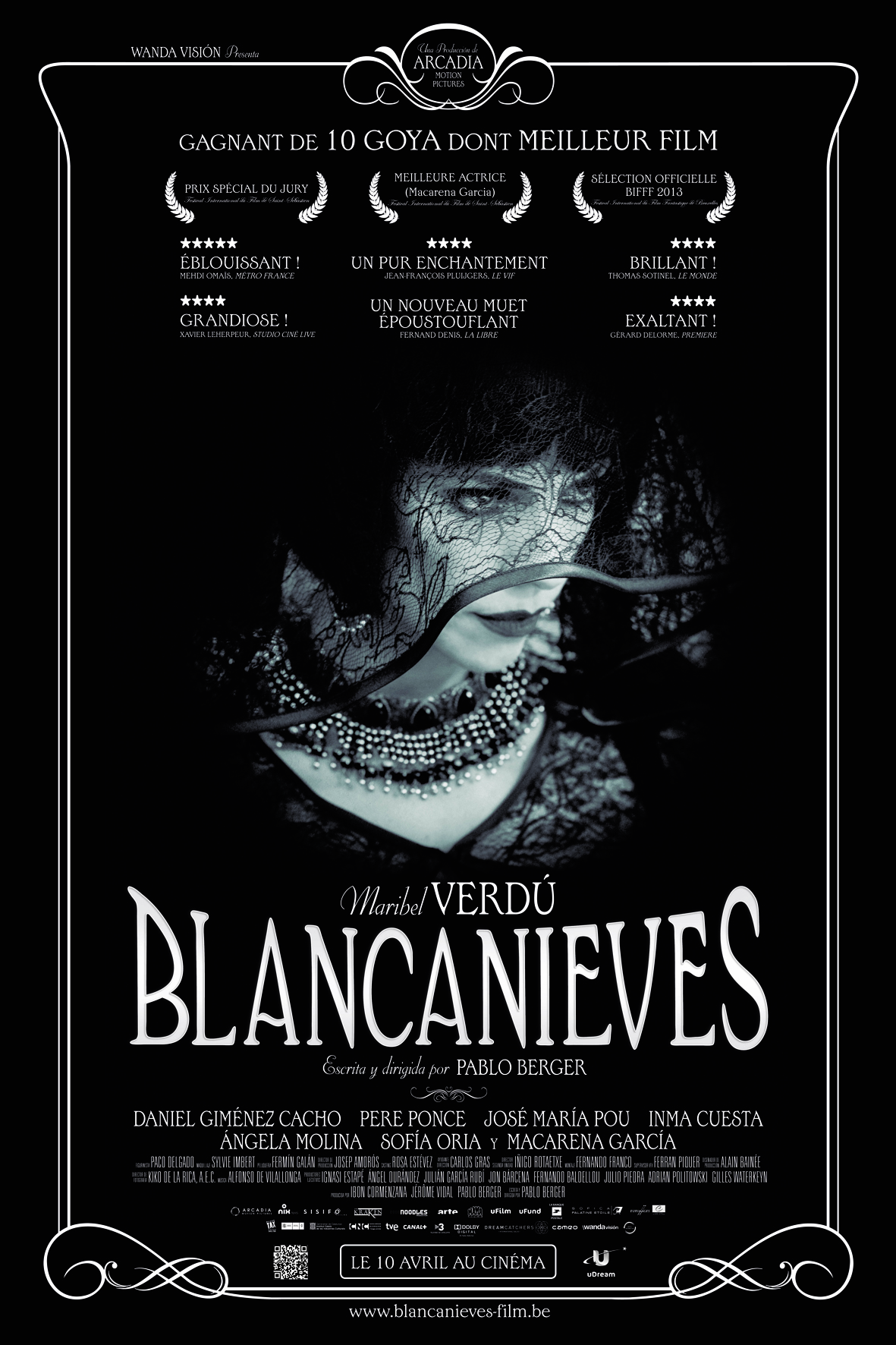 Sevilla, 1920. The famous matador Antonio Villalta is about to triumph again in the arena and smiles at his pregnant wife Carmen in the crowd. But this short moment is enough for the bull to pierce him with his horns and leave him lying more dead than alive. Antonio is rushed to the hospital. The drama has induced premature labor in Carmen. Not far from her wounded husband, she gives birth to a girl before dying. For the fiercely ambitious nurse Encama, this is the opportunity to rise on the social ladder. She never leaves Antonio’s side. Shortly after the paralyzed matador leaves the hospital in a wheelchair, he marries his doting nurse. He blames his daughter Carmencita for the accidents and leaves it to his mother to raise her. After the old woman passes away, Carmencita goes to live with her father and her merciless stepmother. Encama cuts off her hair, banishes her to a dirty cellar and forbids any contact with her father. And that is just the start of her troubles. Blancanieves, a Spanish-Belgian co-production, is probably one of the most original adaptations of the Grimm brothers’ classic tale. This tribute in black and white to silent movies will undoubtedly be compared with Michael Hazanavicius’ Oscarwinning The Artist. But while that film was a homage to Hollywood, Blancanieves clearly celebrates the European cinema of the twenties. Director Pablo Berger mixes humor with melodrama and can count on classy ladies such as Maribel Verdu ( Pan’s Labyrinth, Y Tu Mama Tambien ) and Angela Molina ( Carne Tremula, Los Abrazos Rotos ) to spice up his picture. And let’s not forget about that gang of bullfighting dwarves !