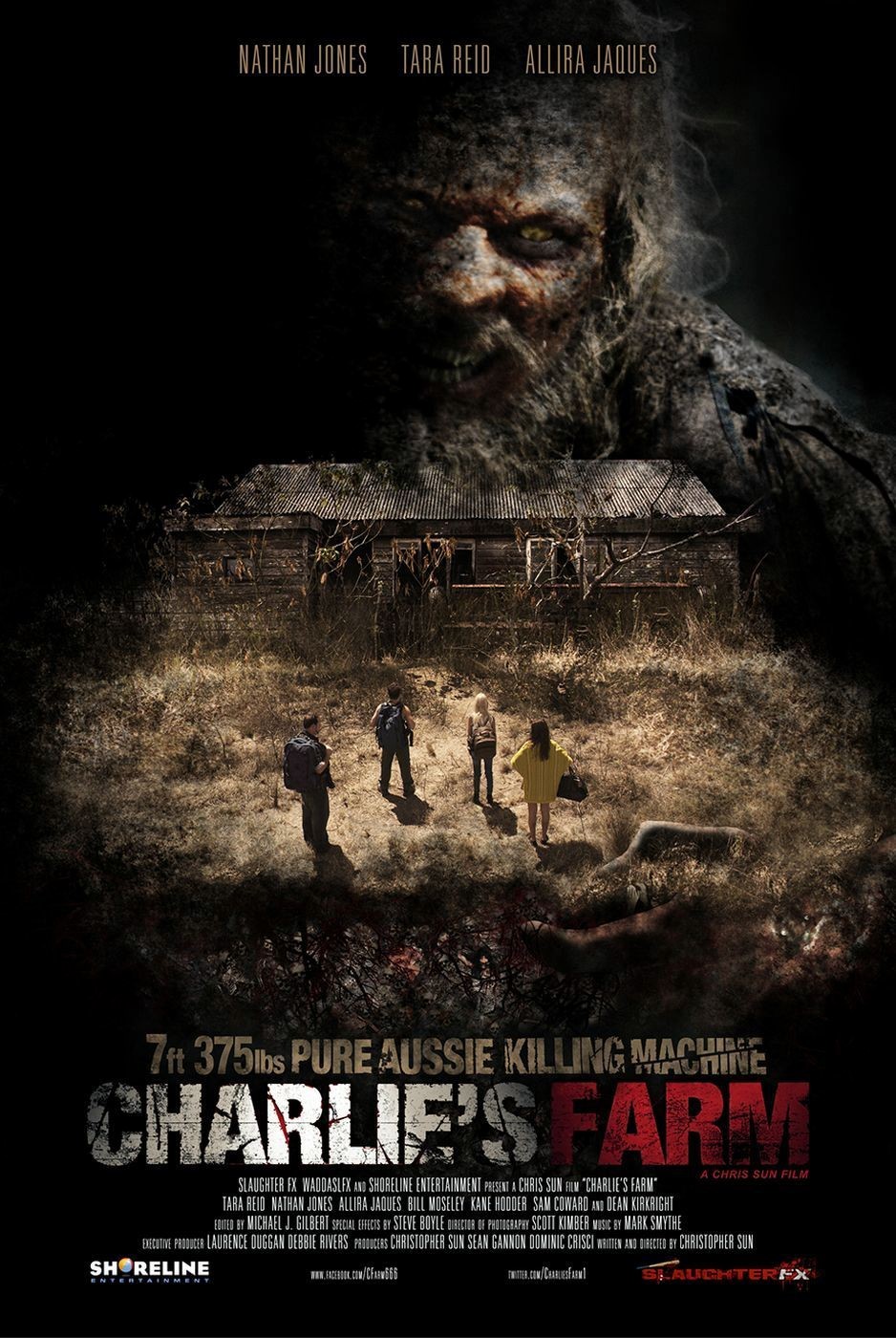 Bored with not much to do, Jason, Donkey, Natasha and Melanie head out to Charlie’s farm for the weekend. They want to explore the urban legend of a psycho killer, Charlie, whose parents were murdered by a vengeful mob accusing the couple of terrible doings towards backpackers working the farm. It’s not long into the group’s trip when we’re introduced to Charlie. And he’s hell bent on continuing the family tradition and killing the intruders in the most violent ways imaginable.

This slasher from down under is a riotous piece of hack and slash fun that would make good ol’ Wes Craven proud. The plot might have been used countless times (thou shalt not wander into the woods to explore remote cabins with murderous maniacs running around), Charlie’s Farm is made with so much guts and energy and contains plenty of hilarious dialogues and volcanic blood eruptions, that you can only observe the carnage with a satisfied grin on your face.