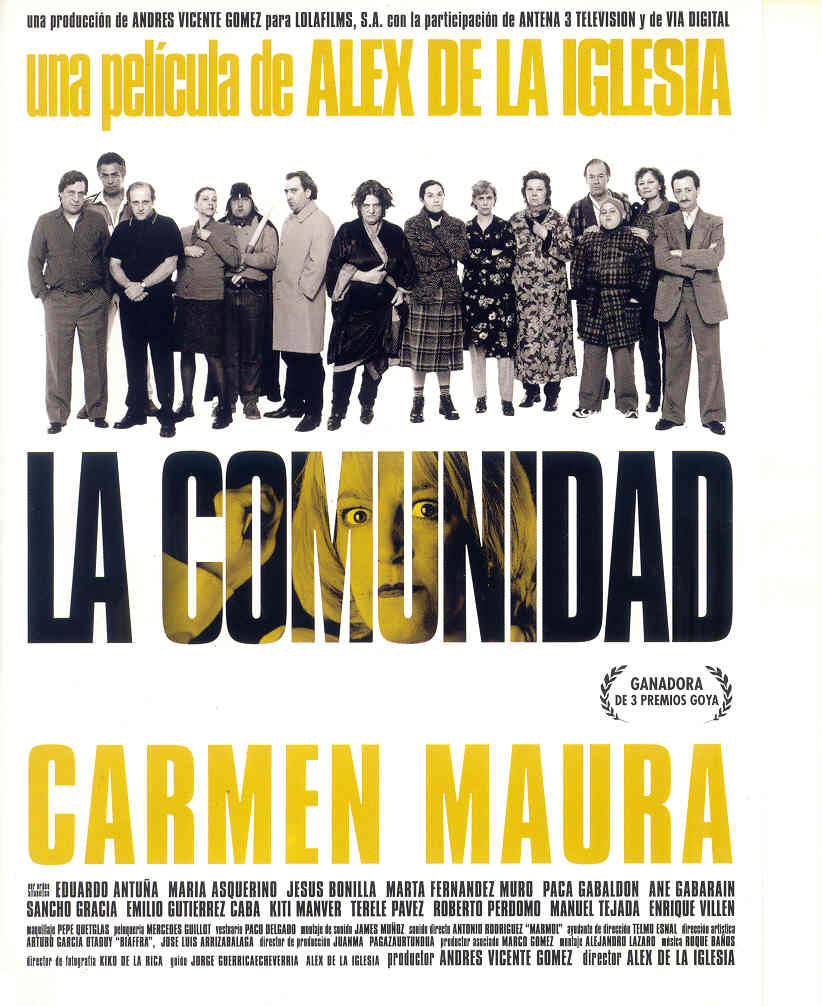 An apartment building in Madrid. Ten years ago the old man on the top floor won the lottery jackpot. But his neighbours didn’t get one peseta, no matter how helpful they were. Instead, he locked himself into his flat, afraid even to come out. Ten long years the neighbours waited for one thing : for the old-timer to croak, so they could get their paws on his fortune. When the big day finally arrives, they all start to salivate. Gimme the money ! But they haven’t counted on Julia, the woman who has to sell the old man’s apartment. When she stumbles onto some 3 million dollars, she’s convinced she has it made. At least, that’s what she thinks… After closing off last year’s festival with Dying of Laughter, Alex de la Iglesia (Accion Mutante, El Dia de la Bestia, Perdita Durango) returns with La Comunidad, in his own words “a horror film about neighbours”. The idea started as a challenge to make a suspense movie on one single set, exploiting a limited number of elements to achieve the most powerful results. With a cast led by the everspectacular Carmen Maura (Women on the Verge of a Nervous Breakdown, Matador, El Ley del Deseo), La Comunidad combines claustrophobic tension with domestic action and high doses of human tragedy.