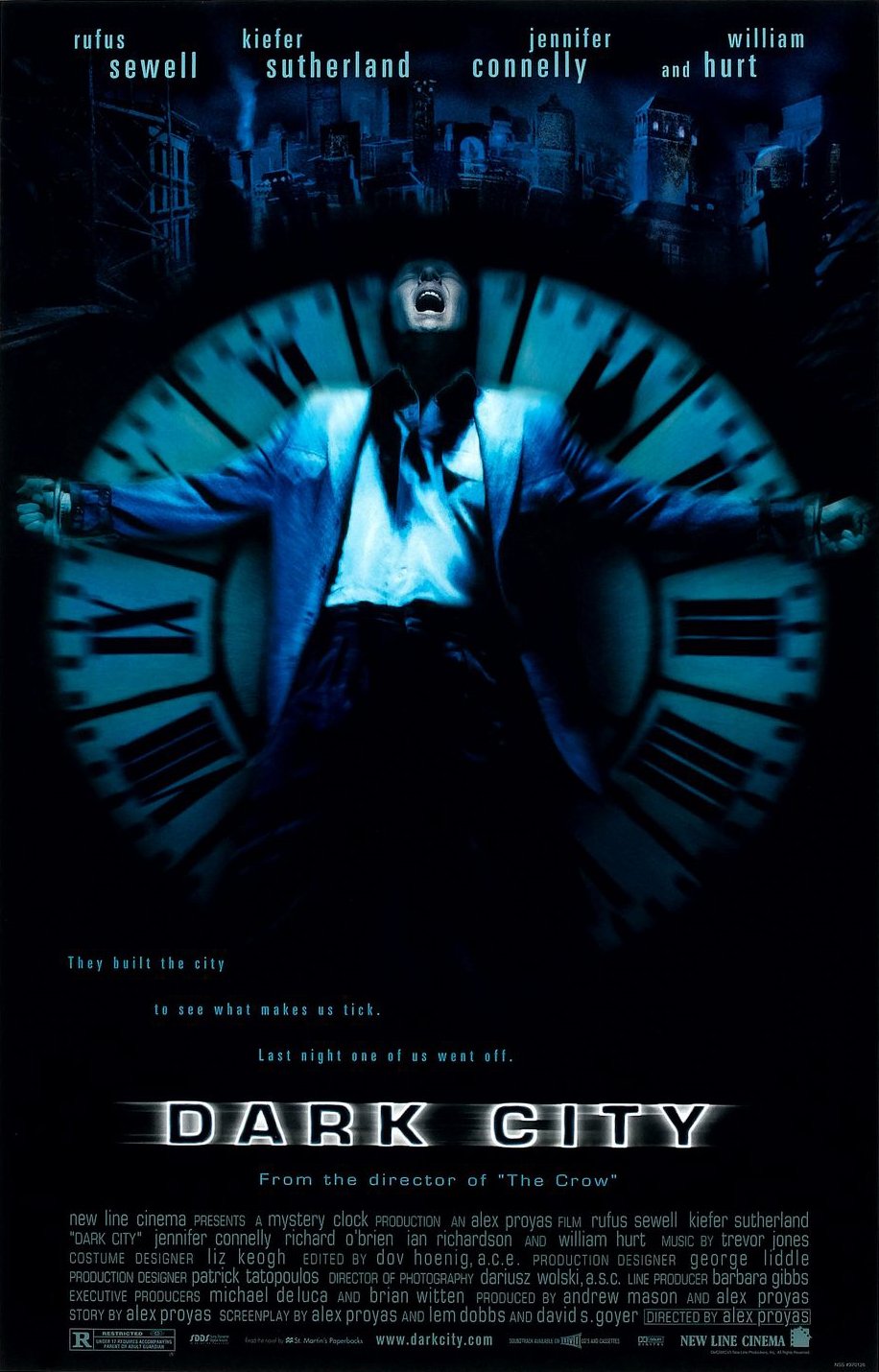 John Murdoch awakens alone in a strange hotel to find that he is wanted for a series of brutal murders. The problem is that he can’t remember whether he committed the murders or not. In fact, most of his memories have completely vanished, and for one sickening moment he is convinced that he has gone stark raving mad. As Murdoch seeks to unravel the twisted riddle of his identity, he is drawn deeper and deeper into the murky city where he stumbles upon a fiendish underworld controlled by a group of ominous beings collectively known as The Strangers. These shadow-like figures possess the ability to stop the time and alter the city and its inhabitants – a bizarre, transmogrifying process known as Tuning. Through some evolutionary quirk, Murdoch is also imbued with this power and thus, he alone is able to resist The Stranger’s control over his mind. And for that, he must be destroyed.
Dark World is a noir-ish tale set in a ’30s-’40s-style “City That Never Was,” which features murder, mayhem, mind control and malevolent presences. The film is produced by Andrew Mason and directed by Alex Proyas – both having fulfilled those duties on the equally dark The Crow. The casting of Rufus Sewell (Carrington) and William Hurt (Michael, Smoke), as a man accused of a series of murders and the detective searching for him, rounds out the gray color scheme.