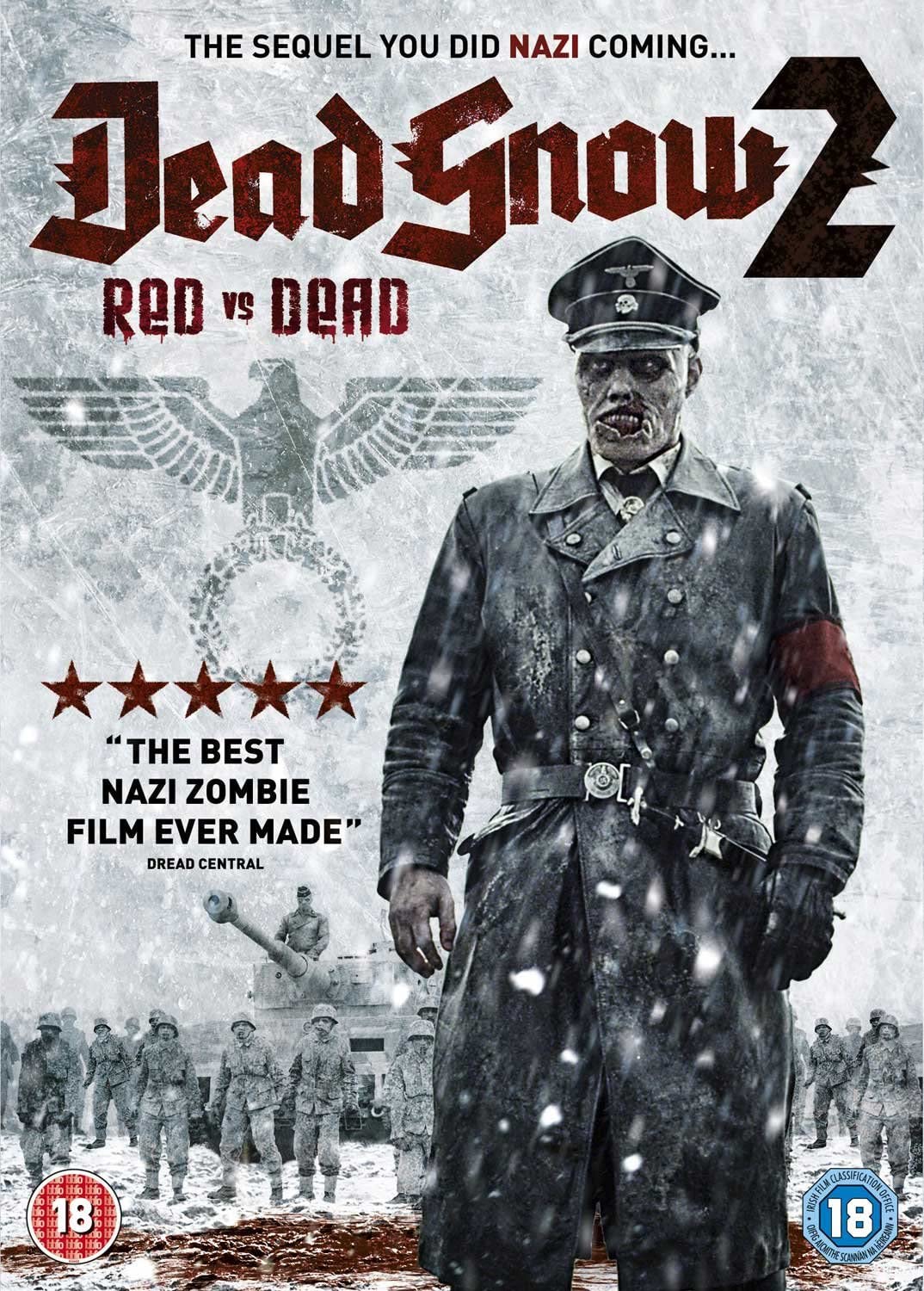 Martin, the only survivor of a bunch of friends on ski holiday who accidentally brought back a bunch of Nazi’s from the dead, wakes up in a hospital. The authorities do not even want to start believing him when he tries to explain what has happened. The good news is that Martin’s sawed-off arm is replaced by another one. The bad news is that his new limb belongs to Colonel Herzog, the leader of the Nazi zombies. And this arm possesses supernatural strength, which enables him to escape from the hospital. The zombie army is ready to finish what it started some 70 years ago: wipe out the entire city. Martin is the only one who knows what’s coming. He’ll find some unlikely allies in his fight against the jackbooted legion of the undead. Dead Snow: Red vs Dead doesn’t waste any time to explain what went on before, but plunges us right into the action. Bigger, better, bloodier and funnier… this second entry of the Dead Snow franchise gives our friend Tommy Wirkola ( Kill Buljo, Hansel & Gretel: Witch Hunters ) the chance to show that he’s a master in blending humor with horror. This energetic sequel will certainly create havoc with the BIFFF audience.