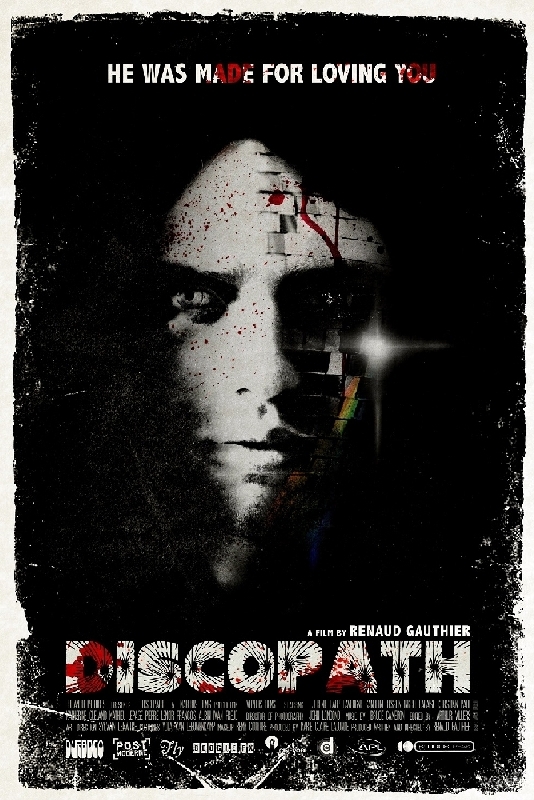 New York, 1976. Duane Lewis looses his job and drowns his sorrows in a park. There he meets pretty girl Valerie, who takes him to the Seventh Heaven disco to forget about it all. But the pulsing rhythms and beats awaken something dark in Duane that drives him to commit an act of unspeakable violence. He has to escape New York for Montreal. Four years later. Duana has a job as a technician in a religious school for young girls, led with an iron hand by sister Mireille. Duane stays away from any auditory temptation thanks to a hearing aid that can silence any potential attack. But it’s only a matter of time before the glitter ball in his head starts spinning again. Saturday Night Fever meets Hannibal Lecter in Discopath, which rhymes with psychopath, got it? The forty-somethings among us who viciously hated the disco from their childhood years, will finally get their revenge. Canadian director Renaud Gauthier already gave us a tasty grindcore homage in his webseries Inspector Bronco. With Discopath he goes into overdrive. All the cult slashers from the 80ties are spinned on the blood drenched turning table, thanks to the terrific sfx work of Rémy Couture.