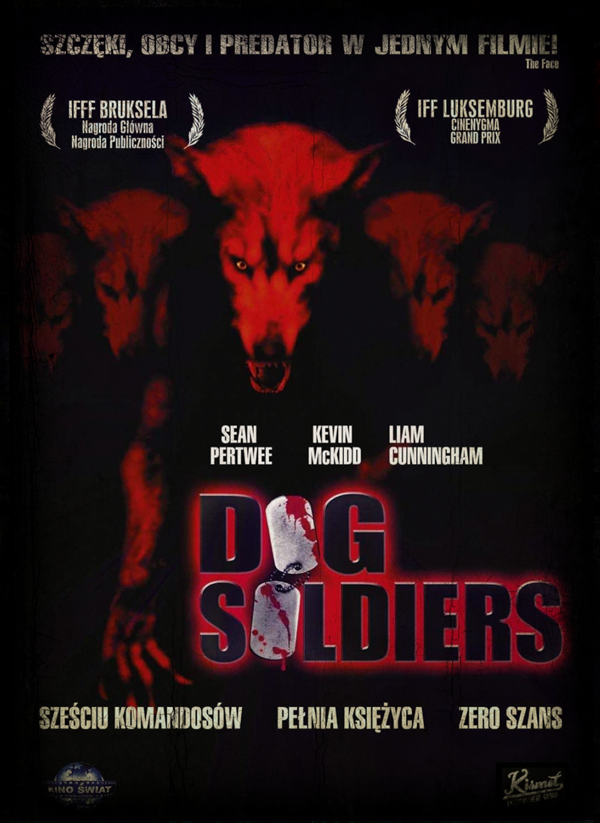 A squad of British soldiers is sent out on manoeuvres into the wilds of Scotland. But what should have been a routine military exercise turns into a waking nightmare for Sergeant Harry Wells and his squad of 5 riflemen. Stumbling into the encampment of Captain Richard Ryan, on a top secret mission for the Special Operations Division, they find him mortally injured and his crack unit torn to shreds. Stunned by the blood-soaked carnage they have witnessed, the shocked soldiers are taken by the mysterious Megan to a deserted farmhouse deep in the forests for refuge. The farmhouse, however, is the domain of a pack of hungry werewolves and they want to reclaim the woodland property as well as feast on the flesh of their trapped victims. With no radio contact, li-mited ammunition and only each other to rely on, the frightened soldiers must fall back on their basic training if they are to fight the ravenous pack of demonic monsters. Neil Marshall, writer and first-time director of Dog Soldiers, has revived the werewolf picture in a contemporary, dynamic and unique way. This movie isn’t about tortured human beings cursed to look for victims every full moon, but about ferocious beasties that kill and eat people. Starring Sean Pertwee (51st State, Event Horizon) as the season-ed, fatherly sergeant Wells, Liam Cunningham (Jude) as the villainous Captain Ryan and TV- actress Emma Cleasby as the mysterious Megan. With state of the art animatronics technology by SFX- wizard Bob Keen (Hellraiser, Highlander, Event Horizon).