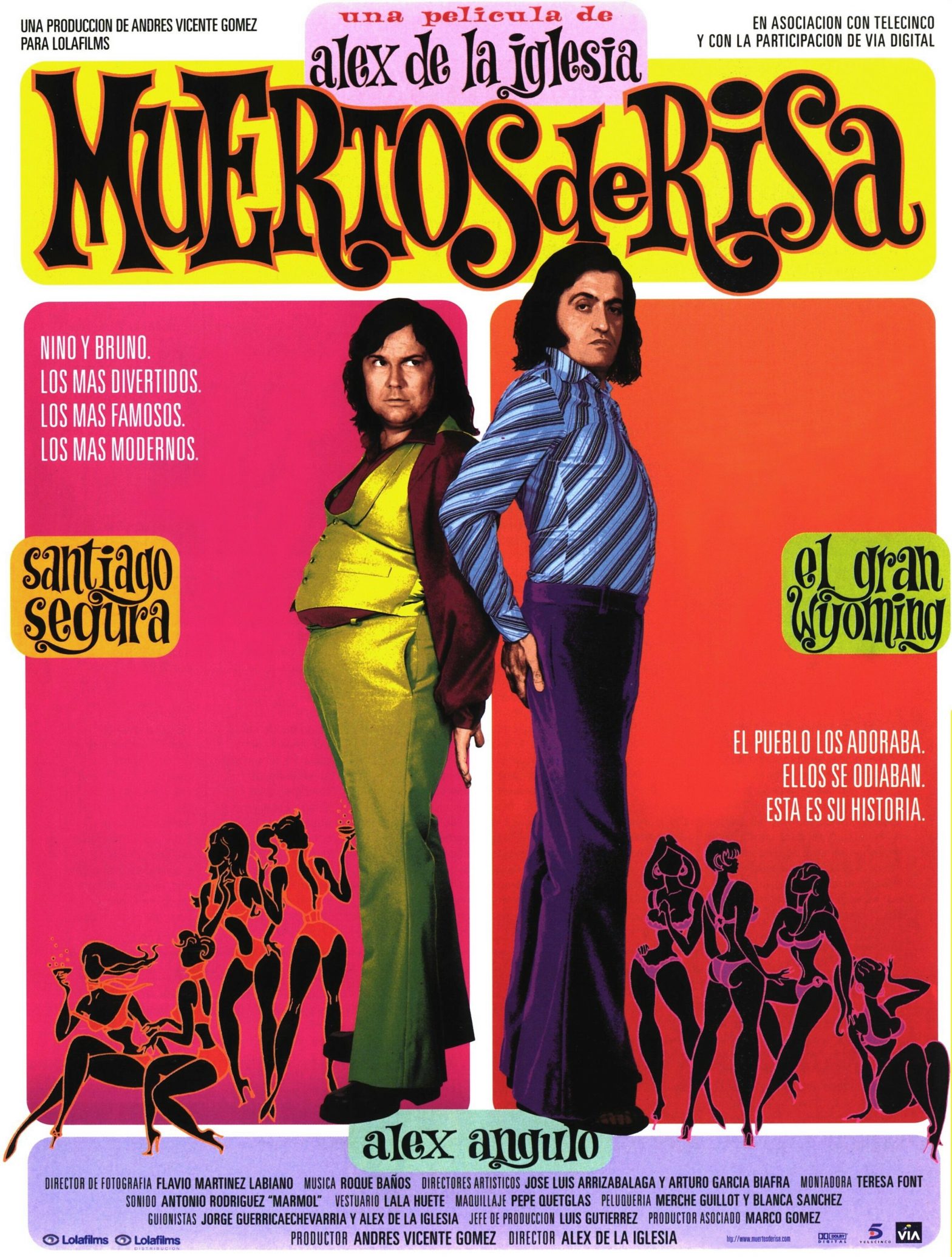 Spain, 1992. Two hapless comedians, Nino and Bruno, shoot each other in the middle of a live TV show. Flashback to the early seventies. Nino is a night-club singer who performs covers; badly. Bruno is a struggling comedian vying for a break. Julian, a sleazy showbizz agent, brings them together. During the course of a live talent contest, Nino freezes. Bruno responds by slapping him and thus is born a comedy routine that propels them to stardom. Nino then falls in love with Laura, but loses her to Bruno. She becomes the catalyst for the rivalry-jealousy-hatred that springs up between Nino and Bruno. The more they hate each other, the more famous they become. As the power dynamics shift between them, Julian helps them navigate the political and social landscape of each decade. He makes sure they stay together, despite the cruelties they subject each other to. With Dying of Laughter, festival regular Alex de la Iglesia (Accion Mutante, El Dia de la Bestia, Perdita Durango) combines an uncanny knack for dark subject matter with a unique sense of humour to create a hilarious black comedy. With painstaking attention to detail, de la Iglesia has recreated the seventies and eighties. He has furthermore elicited fantastic performances from his two leads. Spanish TV’s motormouth El Gran Wyoming as Bruno and actor-director Santiago Segura (El Dia de la Bestia, Torrente : The Dumb Arm Of The Law) as Nino seem perfectly at ease with the frenetic demands of slapstick and satire.