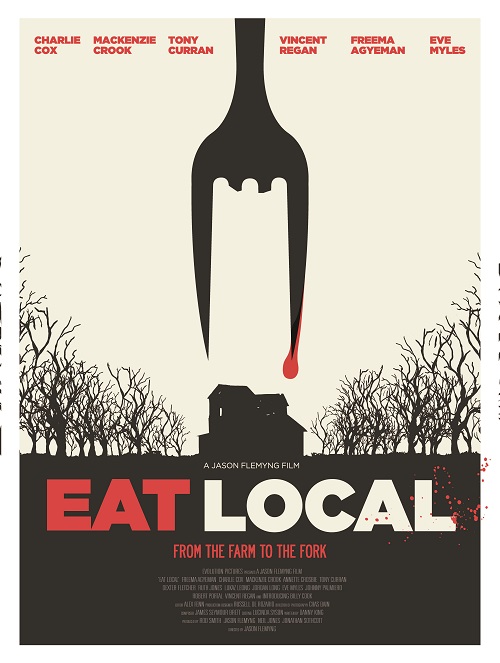 Every 50 years, English vampires meet for their traditional board meeting. This time they found a cozy little farmhouse to discuss the borders of their territories, potential disputes, threats to the community and the management of food stocks. But the most important item on the agenda is the admission of a new member to their ranks. But since our vampires are little jokers, the aspiring candidate is unaware of being considered and thinks that he’s signed up for some kinky sex with a leather-clad cougar. They’ll have little time to fool around, because the Vatican’s anti-vampire squad is surrounding the farmhouse, thinking they’ve finally cornered one vampire. Unfortunately, they’ll have to deal with an entire bunch of blood sucking bastards. For ten years Jason Flemyng has dreamed of adapting the script by author Danny King. Seduced by the mix of Assault on Precinct 13, Interview with a Vampire and King’s “so British” humor, Flemyng traded his successful actor’s cap (Layer Cake, Snatch, Benjamin Button) for a first achievement that’s a fresh, funny and bloody riot. In addition, he has enlisted some illustrious friends, including Charlie Cox (Daredevil), Tony Curran (Gladiator) and Freema Agyeman (Doctor Who).