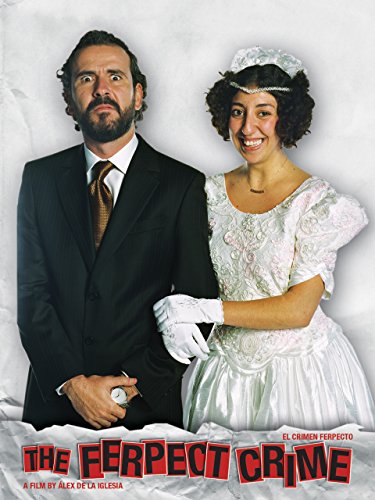 Rafael is charming and ambitious. He likes attractive women, elegant clothes and exclusive surroundings. He works at an upscale department store, where he has transformed the ladies wear section into his own personal fiefdom. He is a born salesman. It’s in his blood. Rafael’s ambition is to become the new floor manager. His main rival for the job is Don Antonio, the veteran manager of the men’s department. As fate would have it, Don Antonio is accidentally killed by Rafael during a heated argument. The only witness to the crime is Lourdes, a horrible, naive, obsessive saleswoman who blackmails Rafael into becoming her lover, her husband and slave. Rafael sees his sophisticated world gradually degenerate into a hell of vulgarity. He must get rid of Lourdes and this time he cannot afford any mistakes. It has to be ferpect. After Mutant Action, The Day of the Beast, Perdita Durango, Dying of Laughter and Commonwealth, festival favourite Alex De La Iglesia delights us once again with this wickedly funny and original black comedy thriller. Guillermo Toledo (The Ugliest Woman in the World, South of Granada, Soccer Days) plays Rafael, a man so obsessed with living a perfect life that it’s bound to cause trouble. Monica Cervera (Stones) is ferpect as the saleswoman from hell.