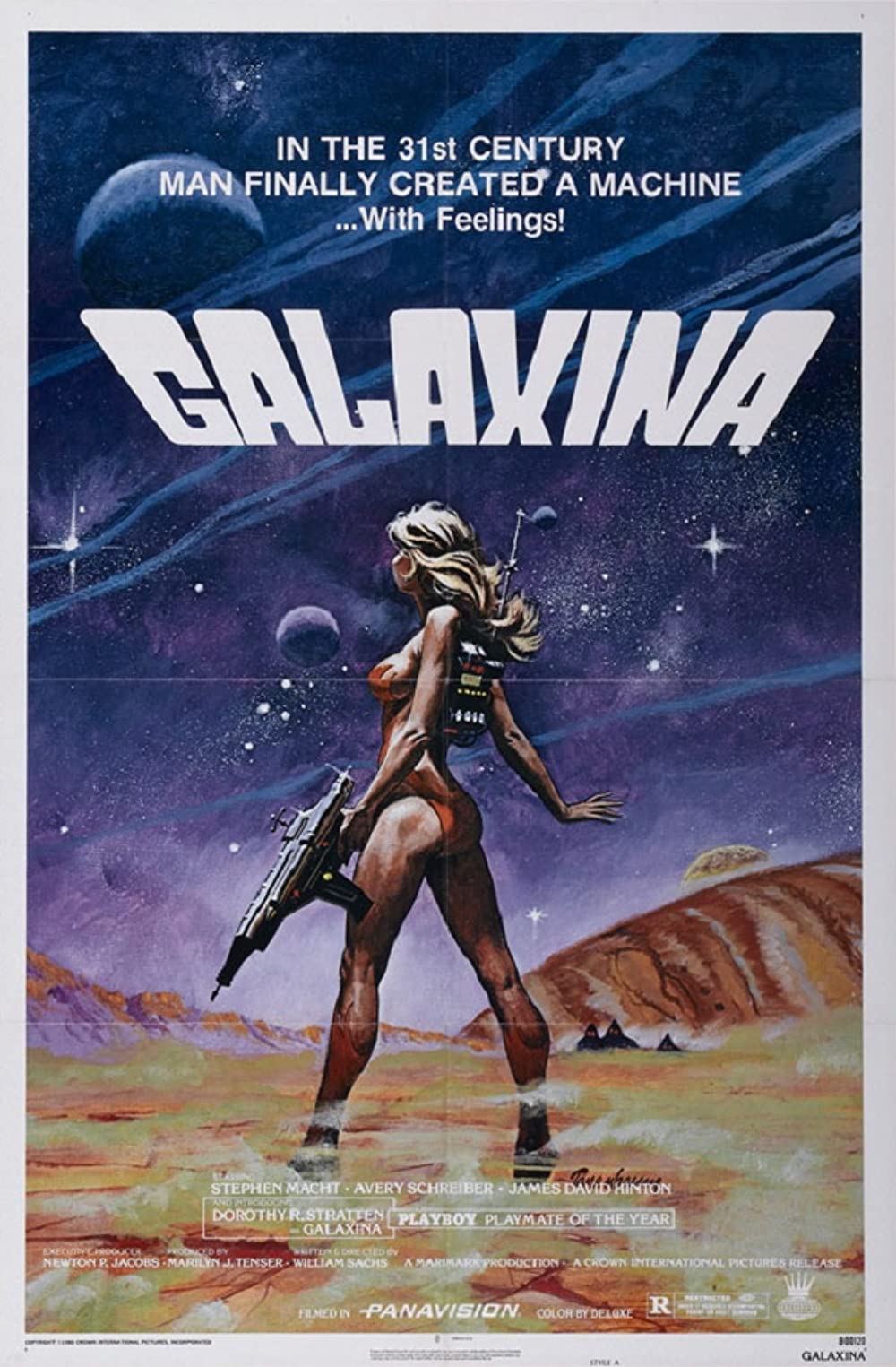 Infinity, a giant spacecraft, is on its way to planet Alva 1. On board is Galaxina, a beautiful robot who navigates the ship. The crew is very diverse; Thor is a pilot and playboy who is hopelessly in love with Galaxina; Buzz is the youngest and not the sharpest tool in the shed; captain Butt is without any doubt the strangest. The quest for a mystic juwel, which contains ‘the power of the stars’, is very adventurous. Taken prisoner by a rival crew, encounters with strange creatures in a tavern which serves humans as food, crossing paths with a gang of bikers who want to offer the robot to their god Harley-David-son, Galaxina conquers all and takes possession of the jewel. But if she wants to keep the mineral, she has to fight an amazing adversary.