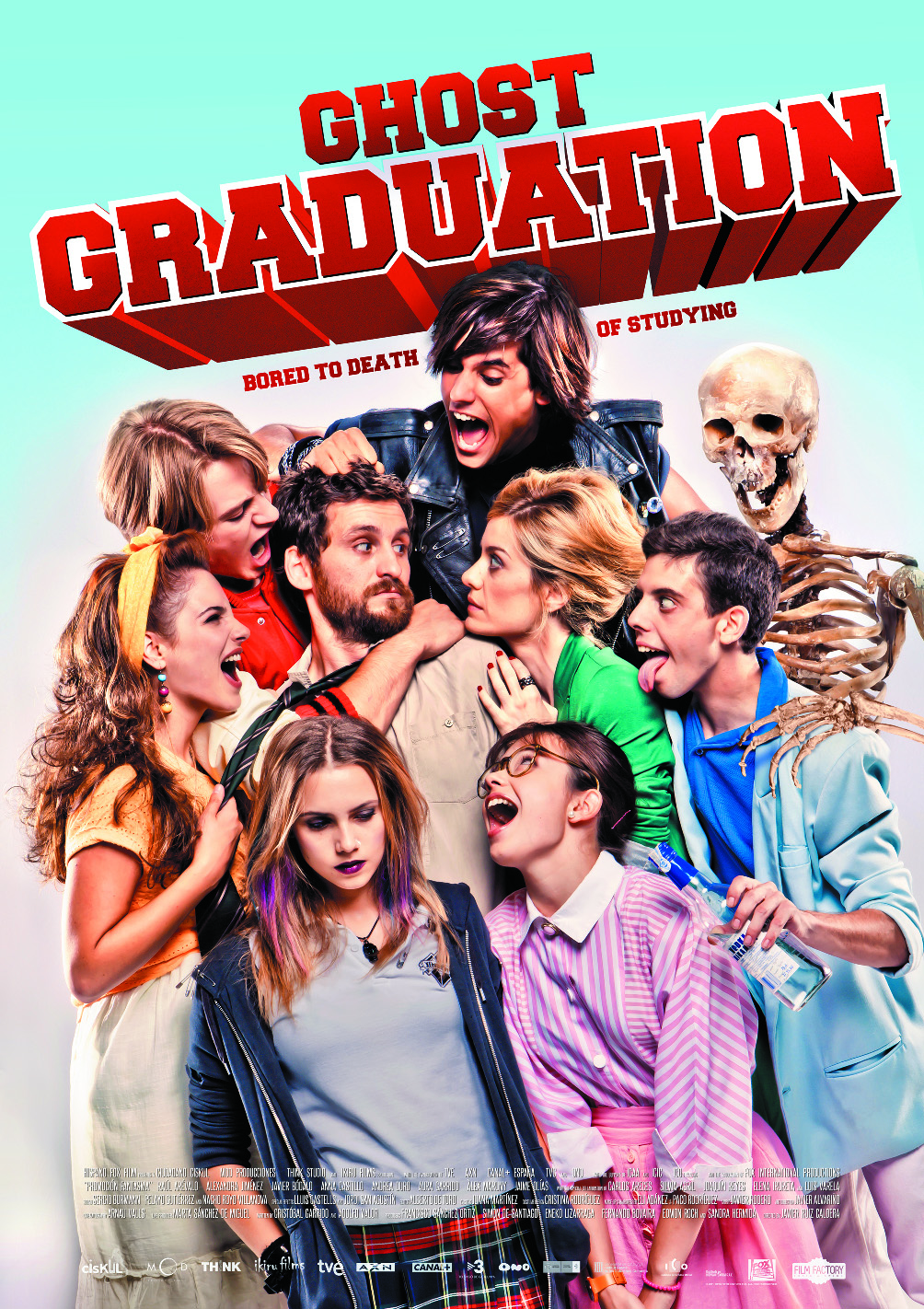 Modesto is a teacher with paranormal abilities. He sometimes sees dead people. This is a huge issue in his life. Not only does this cost him a fortune at the shrink’s, but it’s also gotten him fired from every school he’s ever worked at. His luck changes when he lands a job at Monforte. Five students who have perished in a fire at the prom in 1986 are living in the building and they have turned the prestigious school into a house of horrors. They won’t find eternal peace before graduating. Modesto is charged with getting all five kids to pass their senior year. But it won’t be that easy, as they’ve been dead for over twenty years. When The Sixth Sense meets The Breakfast Club ! The new movie by Javier Ruiz Caldera ( Spanish Movie ) is the big Spanish surprise of the year. He plays with eighties cult references and benefits from a really tasty cast ( Carlos Aceres, Raul Arevalo, Alexandra Jimenez ). It’s not surprising that Hollywood has already bought the remake rights !