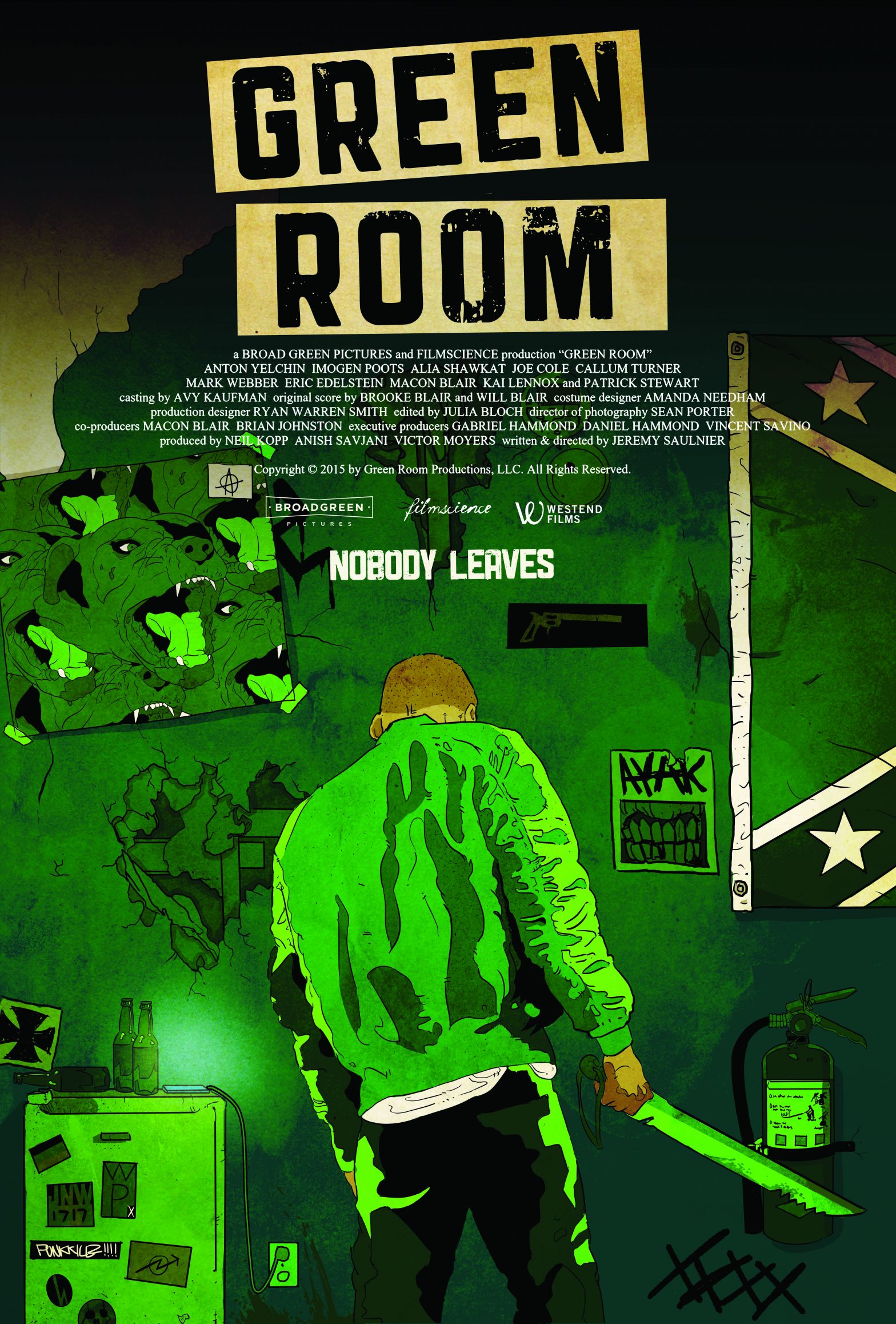 Sometimes it’s better to turn down a gig. But the members of the broke punk band Ain’t Rights are not in the position of refusing anything. 350$ dollars to play in a remote skinhead bar is the difference between stealing gas and eating out of garbage cans and survival. And they know how to handle a hostile crowd. So what could go wrong? Plenty, it seems. When the band sees something they weren’t supposed to see, a dangerous situation turns into a life or death siege. Prepare yourselves for gushing blood fountains and the spilling of guts. Hey Ho, Let’s Go!

After Jeremy Saulnier’s awarded indie debut Blue Ruin, the young director got a much bigger budget for this downright impressive second feature. And all those extra millions are absolutely visible on the screen. Macon Blair, the lead in Blue Ruin, plays the owner of the skinhead bar, but it’s Patrick Stewart (Star Trek, X-Men) who steals the show as a terrific bad guy. Among the members of the punk band we recognize Anton Yelchin (Burying The Ex, Star Trek) and Imogen Poots (Need For Speed). It’s no wonder that Green Room has become an international festival sensation. Saulnier puts machetes, cutters, shotguns and bloodhounds to creative use and gets the best (and the worst) out of his great cast. Essential viewing!