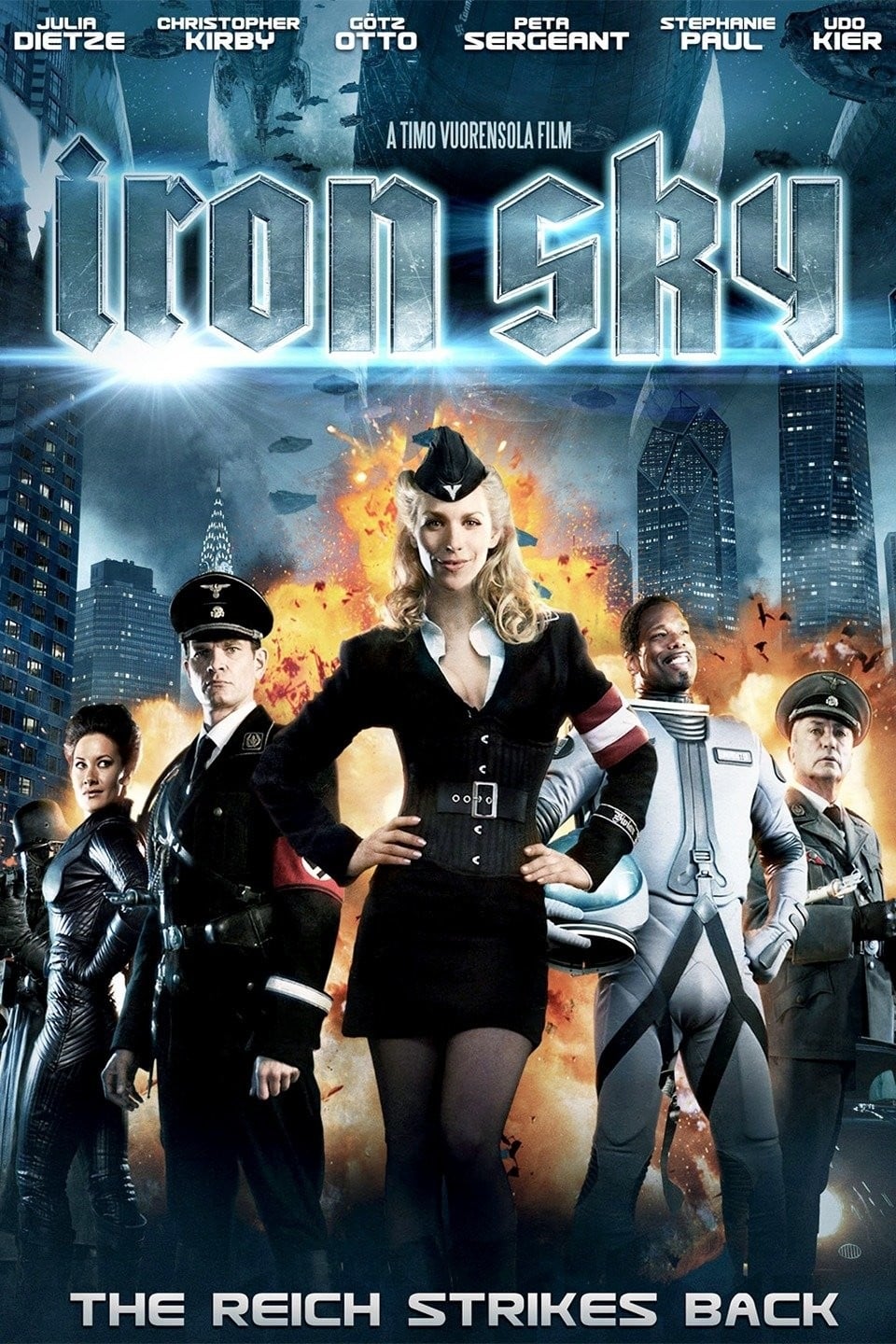 Those who thought that everything ended in 1945 with a shot in a bunker under the ruins of Berlin, are in for a nasty surprise. The secret space program of the Nazi’s really existed ! The evil bastards fled to the dark city of the moon, where they quickly started to multiply and come up with cunning plans for the creation of the Fourth Reich. This faithful moment seems to have arrived in 2018, when an Afro-American astronaut sets foot on the moon. This publicity stunt of the American government is interpreted by the moon nazi’s as a prelude to invasion. When they get their first taste of 21st century technology, they realize it’s just what they need to launch their attack. Two courageous volunteers are sent back to Earth to get the goods. But the American president, who looks suspiciously like Sarah Palin, is too hot to handle without swastika’s. Iron Sky: a brilliant idea, partly financed by crowd funding and elaborated with tons of love for B-movies, comic-strips and politically incorrect humor. The Finnish gang responsible for popular Star Trek internet spoofs such as Star Wreck : In The Pirkinning, dedicated five years of their life to Iron Sky. What started as an obscure fan project, turned into a worldwide sensation. After the world premiere at Berlin, the Finnish moon nazi’s continue their advance at the BIFFF, led by moon führer Udo Kier ( Andy Warhol’s Dracula, Shadow of the Vampire ) and his acolytes Julia Dietze ( 205 – Room of Fear ) and Götz Otto ( Tomorrow Never Dies ). Essential viewing !