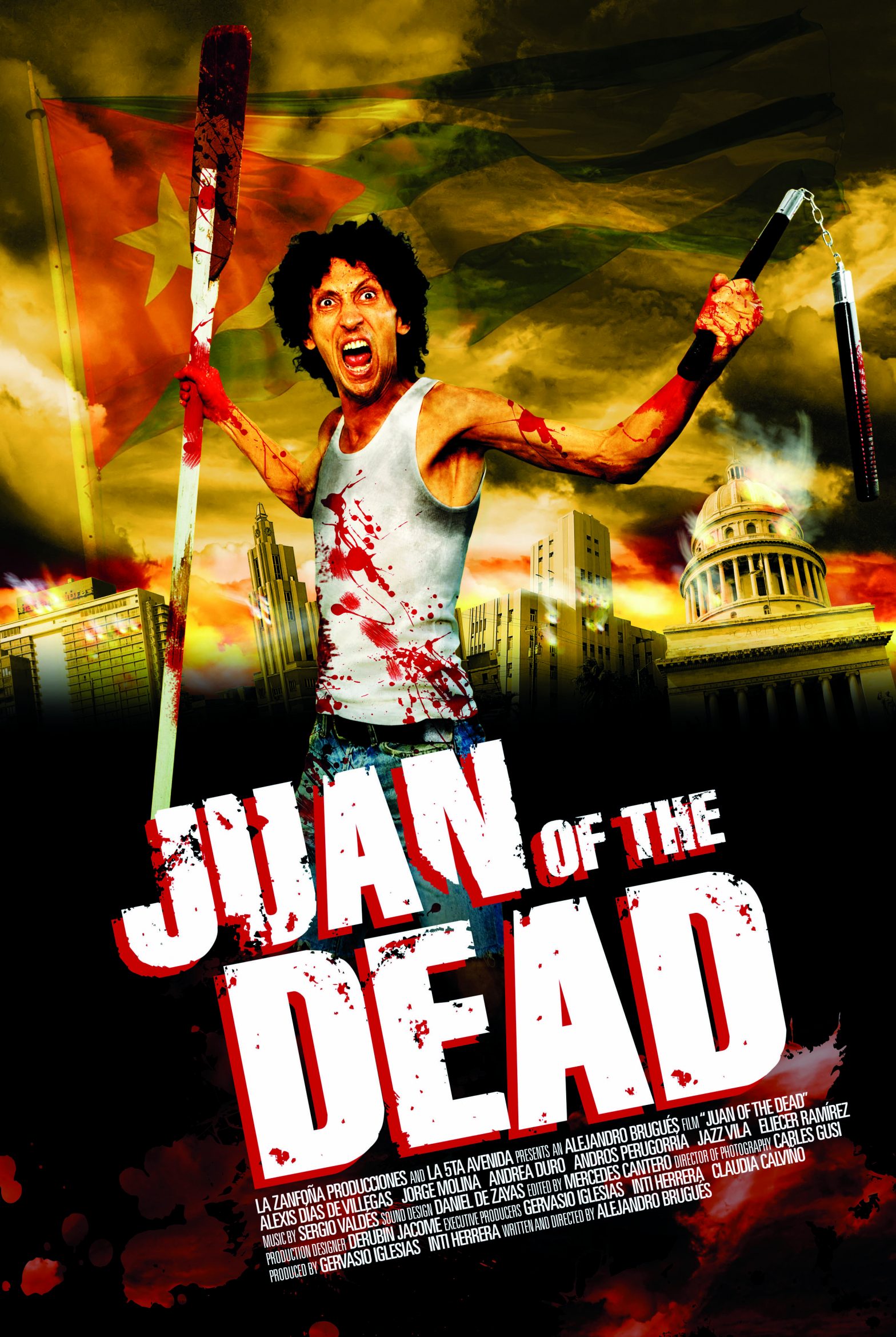 JUAN OF THE DEAD

Juan has always succeeded in getting through life without making any waves. When Cuba is hit by a zombie plague, he considers it as just another tough time to get through. Together with some friends, he starts a zombie extermination business. At Juan of the Dead, you pay by the head and business is booming. But when the “dissidents plague”, as the authorities prefer to call it, can no longer be controlled and the number of zombies starts to overshadow the number of clients, it’s time to pack up shop and get the hell out of Havana. But there’s nowhere left to run. The undead are everywhere. How did they manage to pull it off ? A zombie comedy in, of all places, Cuba and with a title that invites comparison to one of the classics in the genre. The reason why you’re able to see Alejandro Brugues’ debut feature at the BIFFF, is – of course – because it not only stands up besides “Shaun”, but also because Juan of the Dead is as Cuban as a Mojito or a Cohiba. There’s more than enough blood, guts, gore, black humor and sex to please the spoiled BIFFF audience. The special effects, the photography and the script are first rate. The movie also doesn’t shy away from criticizing the Cuba of the Castro’s and showing the hard daily reality of one of the last Communist strongholds on the planet. Juan of the Dead is a zombie movie with a heart, a heart that is crushed to bits by a Cadillac with a Lada engine on the Malecon, Havana’s seaside promenade.