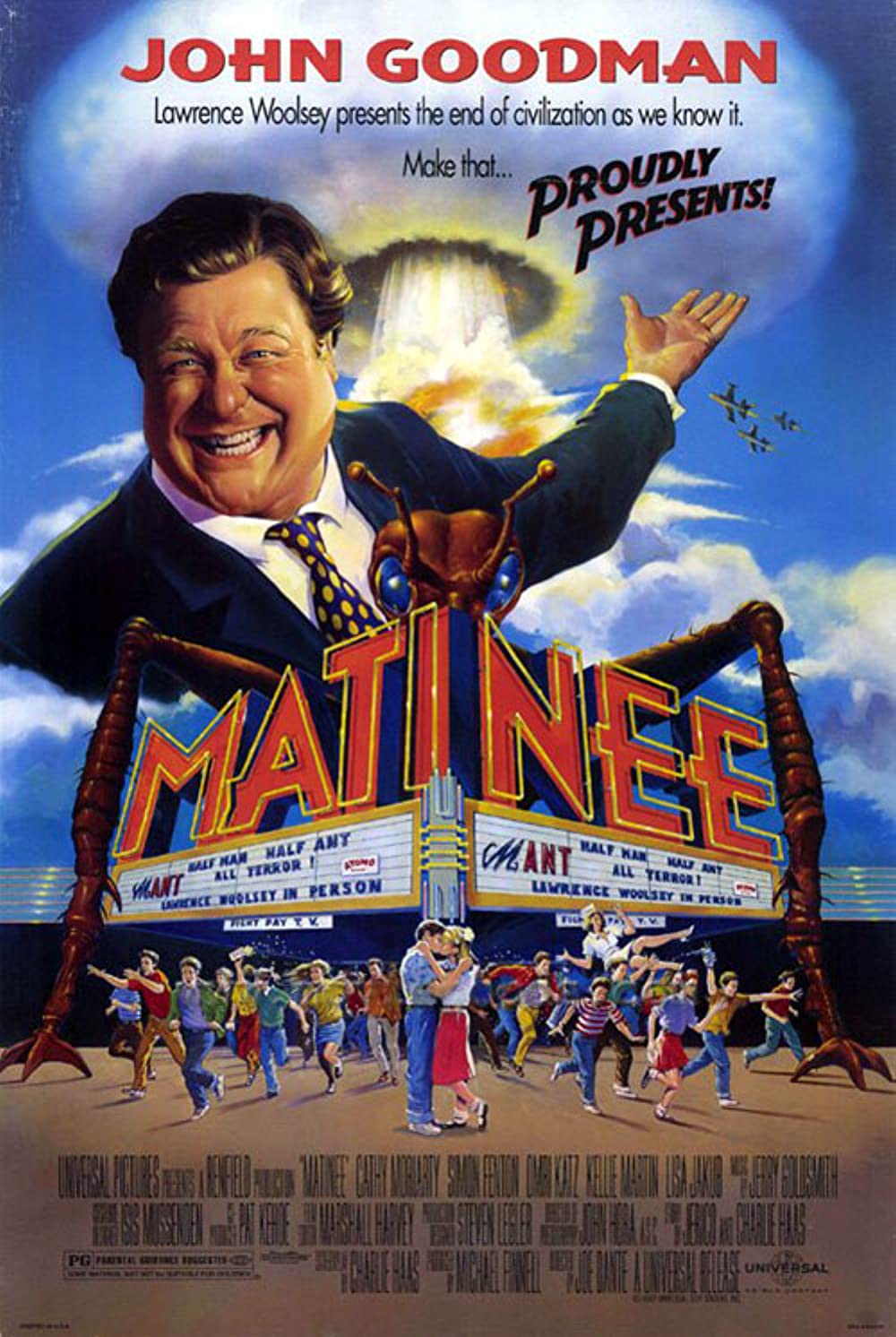 In Florida during the 1960s, Gene, a 14-year-old boy, lives happily with his family and friends. These teenagers will be confronted with two events that will make them move from childhood to adulthood. The famous horror film producer, Lawrence Woolsey, arrives in town for the preview of his new feature: MANT (a tribute by J. DANTE to the cult film THE DEADLY MANTIS by Nathan Juran). The fact that they discover fear and fantastic on Saturday morning screenings could be completely ordinary. However, it takes place during the Cuban missile crisis, which causes the psychological troubles that we imagine, reaches unexpected dimensions, and hits the headlines of every media. For Gene and his loved ones, from now on, nothing will ever be the same again…

For his new film, Joe DANTE (GREMLINS, INNERSPACE) gathered only talented people: Charlie HAAS (GREMLINS 2), Jerico STONE (MY STEPMOTHER IS AN ALIEN) and Ed NAHA (HONEY, I SHRUNK THE KIDS). This dark humor, diabolically orchestrated by John GOODMAN (ALWAYS, BARTON FINK, SEA OF LOVE), has the particularity to rely on a mise en abyme (a film into a film) that leads the spectator into a universe of illusions, where the (fake) reality of the cinema confronts the (true) reality of major stories such as the radio adaptation of “The War of the Worlds” by Orson WELLES. MATINEE is the perfect opportunity to rediscover John AGAR (REVENGE OF THE CREATURE), Robert CORNTHWAITE (THE THING FROM ANOTHER WORLD), William SCHALLERT (THE INCREDIBLE SHRINKING MAN) and other actors from the good old 1950s sci-fi films, to which DANTE pays tribute in a thrilling way during several scenes shot in black and white.