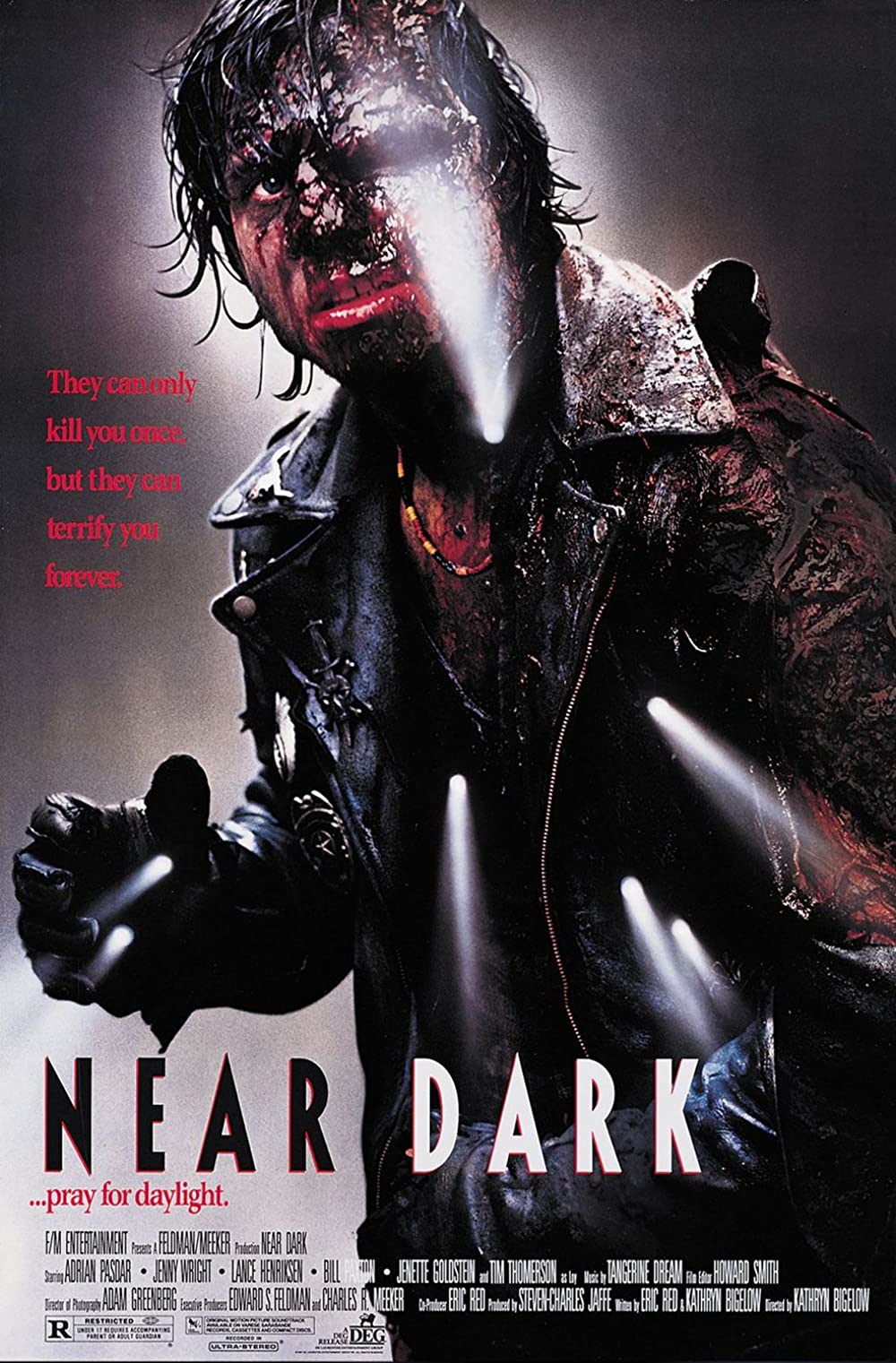 Caleb, a young farmer, falls in love with a strange girl, Mae, who loves going on hikes at night. She introduces Caleb to her “family”, some young lunatic folks who wonder at night, but hibernate during the day. Caleb does not take too much time to realise that her “family” is composed of vampires only. However, he agrees to take part in their slaughters, until the day the gang leader decides to tackle Caleb’s father and little sister. He will have to double-cross and then slaughter the vampire horde…
“Near Dark wants to renew the vampirism theme with an important emphasise on scenery and photography and with an ever-present action in the Mad Max and Terminator way: in the middle of the country, vampires attack houses and farms while riding their motorbikes.
Extremely violent and bloody, this movie reminds of works such as the ones by Walter HILL, Brian DE PALME and Sam PICKINPAH.
And the music is ‘Tangerine Dream’!” – Robert MOUTIER
“In Near Dark, there is an oppressive atmosphere worthy of Tobe HOOPER’s first movies: a lot of emotions, even pathos. A unique work, simply played by actors who are as sweet as Lance HENRIKSEN (the Aliens android).” – Alain PETIT