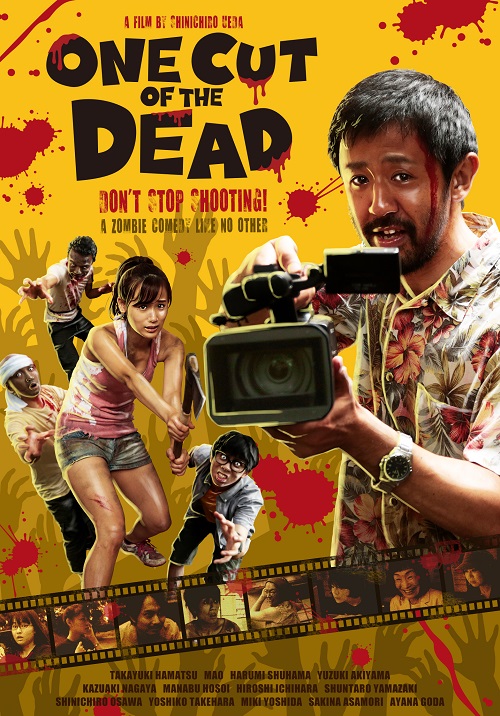 ONE CUT OF THE DEAD

A film in a film in a film? Talking about meta! A film crew is shooting a zombie film in a deserted lab. After 42 takes, the director storms outside. Suddenly, the zombie apocalypse is happening and one after the other, the crew members transform in dead-eyed, groaning people. The director is over the moon and demands that the remaining actors and the cameraman start shooting the scenes. Finally, real tears and primal fears! But this is only the beginning. Blood gets splashed around, we see an occasional limb rolling by, and then there’s the one survivor who tries to hide that she’s turning into a zombie, too… ONE CUT OF THE DEAD is a zombie film that parodies the genre with a hilarious take on its clichés. It’s Shinochiro Ueda’s directional debut. In fact, the director and the cast are still students at the Enbu Seminar in Japan. In spite of Ueda’s limited budget, he managed to shoot in a very creative and witty manner. At the same time, he presents the film industry in an honest and funny way, with archetypical characters like the whimsical actress, the spoiled teen idol, and the tormented director. The film was enthusiastically received at the Austin Fantastic Fest 2018 and Fantaspoa 2018: at both festivals, it was awarded the Best Film prize.