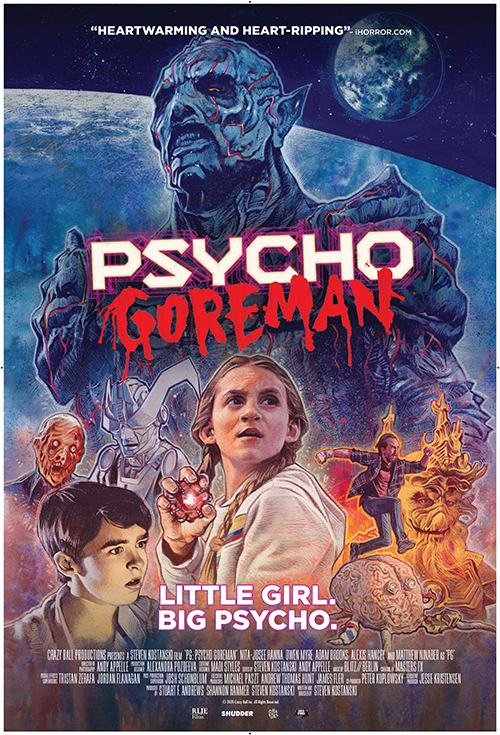 Earth, meet your doom! On his path of havoc and destruction of the entire universe, the Archduke of Nightmares, the Master of Unspeakable Evil, the Voldemort of Cosmic Proportions, has set his mind on our puny world. There’s just one thing standing in his way: a pre-teen girl, Mimi (an amazing Nita-Josee Hanna) and her little brother. A magical amulet she stumbled upon while digging in the garden makes him obey her every little whim: hopping on one leg, partaking in her silly games, turning her would-be boyfriend in a giant gooey brain… Meanwhile a horde of intergalactic creatures is also setting course to Earth to track down Psycho Goreman – Mimi coined the name, she thought his other titles were “kinda lame” – and finish him off for good! Steven Kostanski is of course no stranger to us: director of MAN-BORG, FATHER’S DAY (BIFFF 2012), THE VOID (BIFFF 2017) as well as make-up for CRIMSON PEAK, but here he has truly outdone himself. It’s got the fun-for-the-whole-family feel of E.T. but starring Troma’s THE TOXIC AVENGER going Super Saiyan in the midst of a wild bunch of animatronic and rubber suit space monsters that are halfway between STAR WARS and THE POWER RANGERS. To end up with something genuinely unique and, most of all, just some insane, gory fun for the whole family!