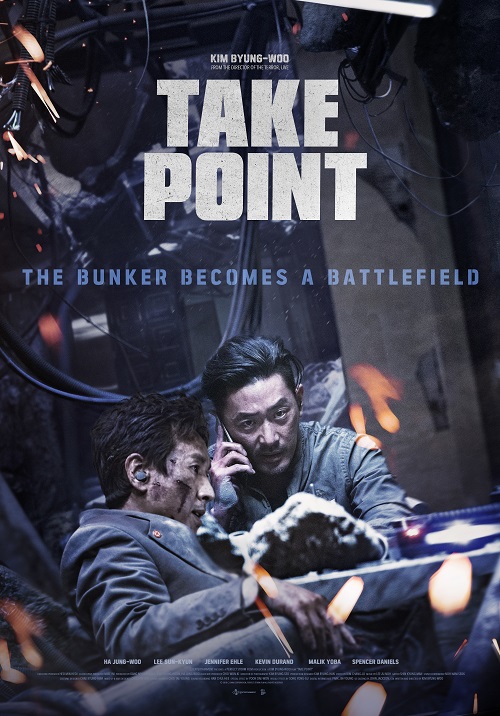 Captain Ahab is a man with a mission. Alongside his team of twelve apostles… I mean elite troops/guns for hire, he must kidnap the North Korean Defense minister in a bunker underneath the DMZ (the demilitarized zone dividing the nation’s north and south). But someone is playing dirty tricks and things quickly go awry. In the game of cat and mouse that ensues, Ahab is no longer sure of whom to trust and can only rely on himself. In between the whizzing bullets, exploding shells, and collapsing walls, he also has to prevent World War III from breaking out with a nuclear bang! Those suffering from claustrophobia had better abstain. Writer-director Kim Byung-woo (THE TERROR LIVE) stages this explosive action spectacle mainly in one location and the hyper-dynamic camera makes things even more cramped. Leading man Ha Jung-woo is a familiar face from BIFFF movies such as ALONG WITH THE GODS 1 & 2, THE YELLOW SEA, and THE CHASER, whereas Lee Sun-kyun was previously seen in A SPECIAL LADY, A HARD DAY, and R-POINT. Also in attendance are Western actors like Jennifer Ehle (ROBOCOP, ZERO DARK THIRTY, CONTAGION) and Kevin Durand (TRAGEDY GIRLS, I AM NUMBER FOUR, LEGION).