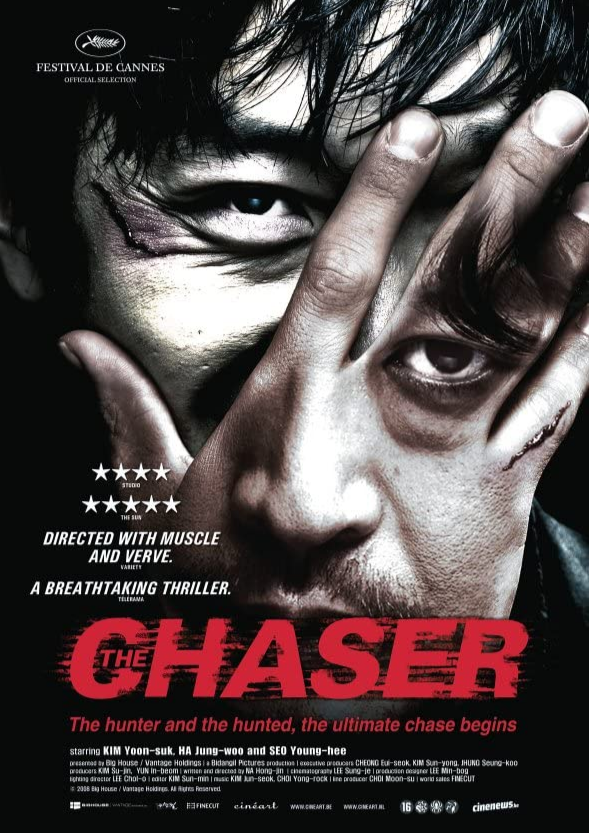 Seoul by night in the hookers’ district. Jung-ho used to be a cop but is now a pimp. He’s facing a big problem. Some of his “employees” are missing. Where did they go ? A client makes a call. Jung-ho wants to send Mi-jin, but she has the flu and doesn’t want to go. He insists. She leaves. He then realises the phone call came from the same number that always preceded his girls’disappearances. It’s odd. Jung-ho goes after Mi-jin but bumps into Young-min. There’s blood on his shirt ! A wild chase ensues that ends at the police station. Young-min confesses that he killed those missing girls. But there are no bodies, so there’s no proof. After 12 hours, the police must let him go. Jung-ho believes that Mi-jin is still alive, but if he doesn’t find her soon, Young-min will be able to complete his ”master piece”. The chase goes on… With its unbearable suspense and rapid twists, which even shook up the Cannes Festival, The Chaser became the biggest success at the Korean box-office. Martin Scorsese is wildly enthusiastic, so an American remake is on they way. Not bad for Na Hong-jin’s first feature film, after just a few awarded short films. Shot in extremely hard conditions (sometimes 40 hours of takes in a row) that have left marks on its actors, this dark thriller manages to continuously subvert the genre’s clichés. Full of metaphors and implied messages (men are weak, women are strong) until the unorthodox ending, it will leaves the audience knocked out and gaping for breath.