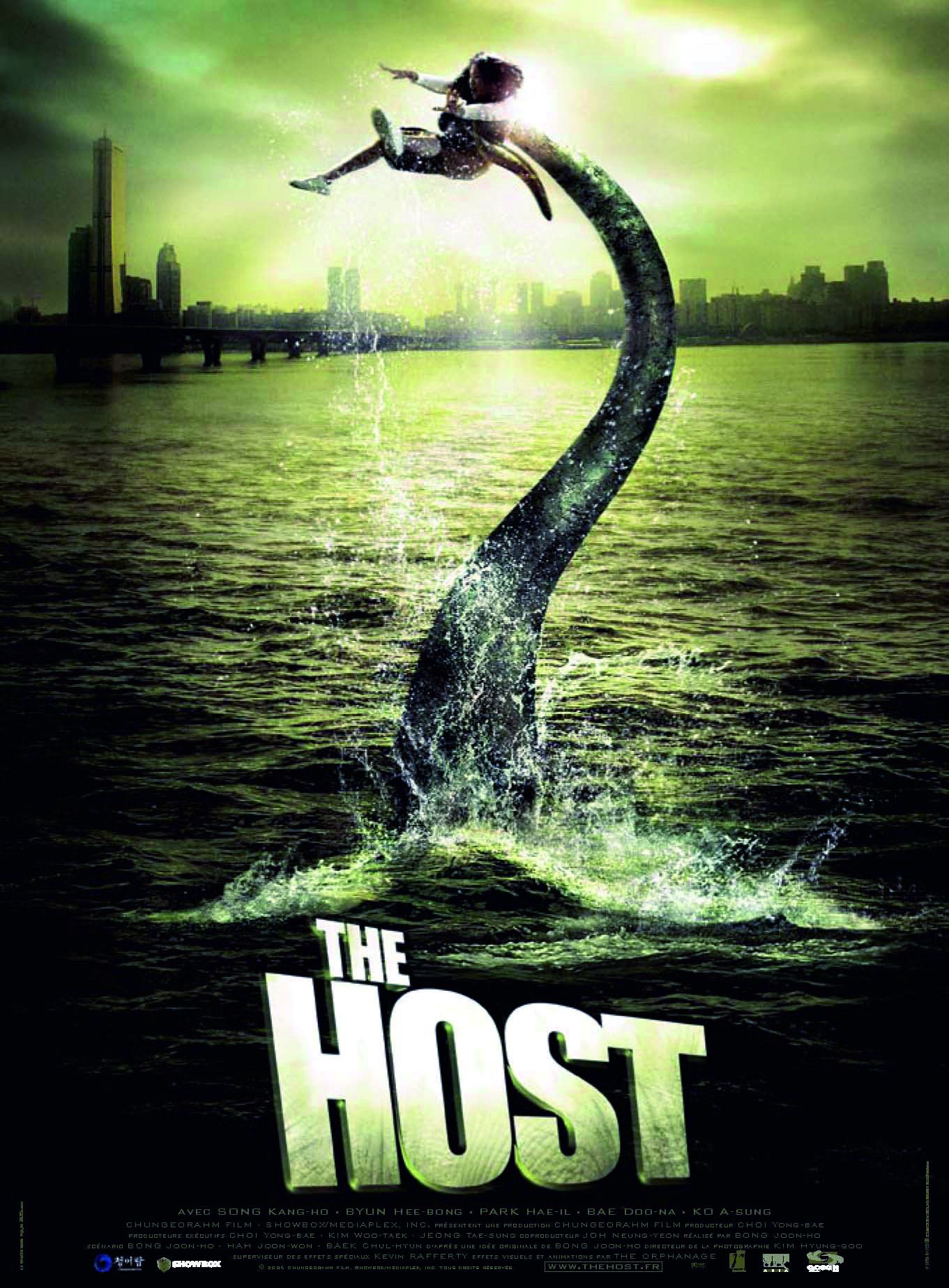 Gang-du is a dim-witted man working at his father’s tiny snack bar near the Han River in Seoul. One day, his only daughter Hyun-seo comes back from school irritated. She’s angry at her uncle, Nam-il, her guardian, for showing up at her school shamelessly drunk. Ignoring his father’s excuses for Nam-il, she’s soon engrossed in her aunt Nam-joo’s archery tournament on TV. Meanwhile, outside the snack bar, people are fascinated by an unidentified object hanging onto a bridge. In an instant, the object reveals itself as a terrifying creature turning the riverbank into a gruesome sea of blood. Amid the chaos, Hyun-seo is snatched up by the creature right before her father’s eyes. Gyang-du and his family take up arms and try to rescue their beloved Hyun-seo from the clutches of the monster. From Joon-ho Bong, the director of Memories of Murder, comes the best monster movie in decades. The Host is a superbly entertaining fusion of creature feature thrills and genuine heartfelt human drama. By focusing on a family in crisis and adding a hefty dose of pointed social and political satire, The Host rises far above its enthusiastically embraced B-movie roots. Excellent effects and design work and a moving performances from Kang-ho Song (Memories of Murder, Sympathy for Mr. Vengeance) as Gang-du, complete the picture. The Host is both scary and tragic and will have you jumping with fright and chuckle with pleasure.