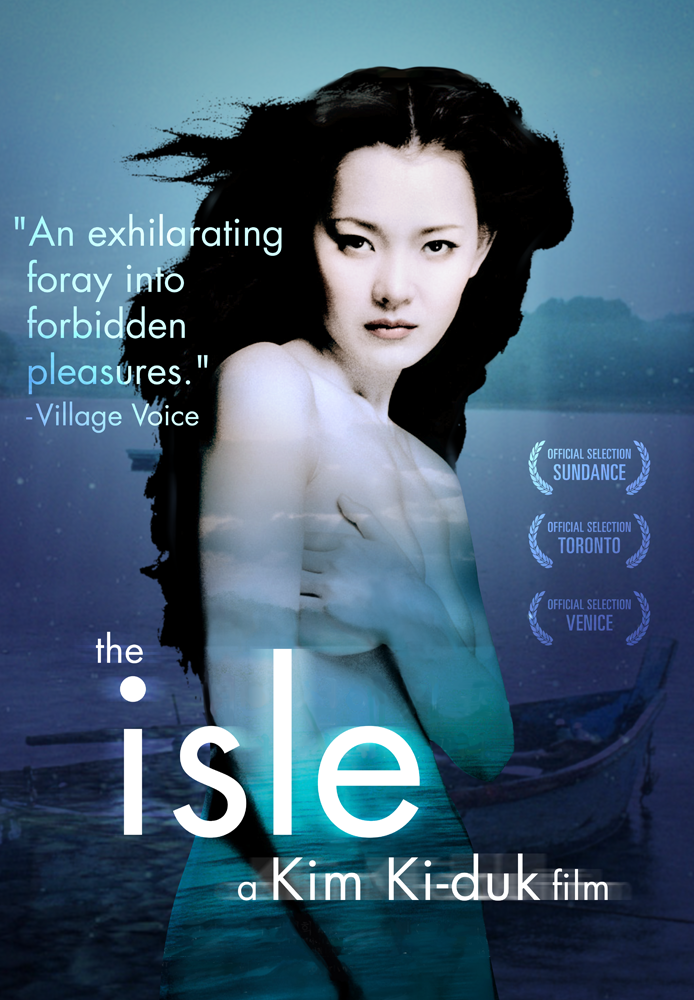 lost soul. When he tries to kill himself, Hee-jin swims under Hyun-shik’s hut and stabs him in the leg, dislodging the gun from his mouth. The incident marks the beginning of their strange love affair. Fish hooks play an important role, literally and figuratively, in their paranoid games and increasing sense of attachment; as do murder and intricately conceived revenge. They are like two fish baited by and hooked to each other. In recent years Korean filmmakers have proved that they are no longer avoiding taboos. The depiction of sexual perversions, cannibalism, distorted relations and extreme violence has created an extraordinary and refreshingly honest cinema. In The Isle, acclaimed independent director Ki-duk Kim goes much farther than any of his peers. With languid, elegantly composed images, he shows the horror existing between his characters. The performances by Jung Suh as Hee-jin and Yoo-suk Kim as Hyun-shik are spare and powerful, the sex between them raw and frightening. The Isle will take you on a memorable journey through an obsessive, frightening world.