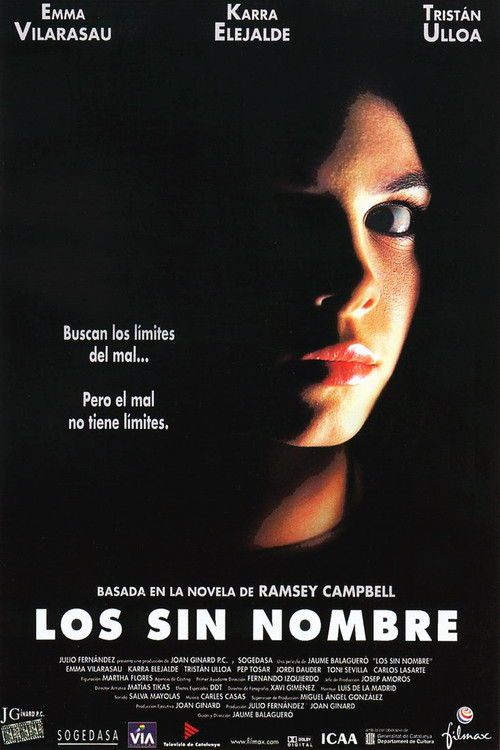 Five years ago, Claudia’s daughter was murdered. Just when she seemed to have started to recover, a telephone call shatters her existence : “Mummy, it’s me… come and get me”. Helped by Massera, an ex-policeman, and Quiroga, a journalist and expert in the supernatural, Claudia sets out on a desperate search for the terrifying truth that has lain dormant until now. What they find is an occult sect that rejects its own name, men who practice the empirical science of evil. They stumble into uninhabitable desolate houses that conceal secrets, traps of abominable evil. There is a truth that spreads its tentacles through time and space, from the horror of the nazi holocaust to the occult fever in the London of the sixties up to the present day. After years of lethargy, this horrific secret is now about to be revealed. They might manage to find the child. Perhaps she’s alive and can be saved. But the horror is just beginning…
The Nameless is based on the novel by acclaimed British horror writer Ramsey Campbell. Young Catalan director Jaume Balaguero, known for his horror shorts, has crafted a spine-chilling thriller about Evil, here an autonomous entity that escapes human control. Balaguero shows a superior knowledge of the genre, while creating a constantly disturbing atmosphere. With Karra Elejalde (Accion Mutante, La Ardilla Roja, Tierra) as Massera, the popular Catalan television actress Emma Vilarasau as Claudia and Tristan Ulloa (Abre Los Ojos) as Quiroga.