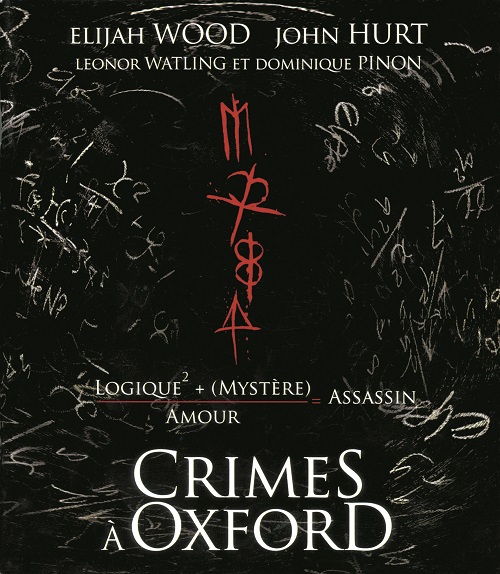 Arthur Seldom is an arrogant math professor who proposes the notion that there’s no way of knowing the truth. American grad student Martin arrives in Oxford hoping that Seldom will oversee his thesis. But their first meeting is inauspicious. Martin is publicly humiliated for daring to question him during a lecture. Martin lodges with the elderly, ailing Mrs. Eagleton and her insecure musician daughter, Beth. One day, Martin bumps into Seldom at the gate of Mrs. Eagleton’s house. When they enter, they find the old woman dead. Seldom reveals to the police that he received a note containing a circle and a mathematical message: “The first of the series.” When this turns out to be true, the professor and the student join forces to catch the enigmatic killer. Math and murder combine to time-honoured effect in The Oxford Murders. Festival favourite Alex de la Inglesia ( The Day of the Beast, Perdita Durango, Commonwealth ) faithfully follows Guillermo Martinez’s original novel to present us with a solid and entertaining whodunit, full of philosophical bantering, games-playing and many references to Hitchcock, Sleuth and The Usual Suspects. Iglesia’s Oxford is the one of popular imagination; hazily sunny lecture halls, dark, impressive libraries and cluttered lodgings, albeit littered with quite a few corpses. John Hurt ( The Elephant Man, 1984 ) and Elijah Wood ( Eternal Sunshine of the Spotless Mind, Lord of the Rings ) as the squabbling professor-student tandem drives Oxford Murders forward, with Leonor Watling ( Talk to Her ), Julie Cox ( The Riddle ) and Dominique Pinon ( Delicatessen ) in solid supporting roles.