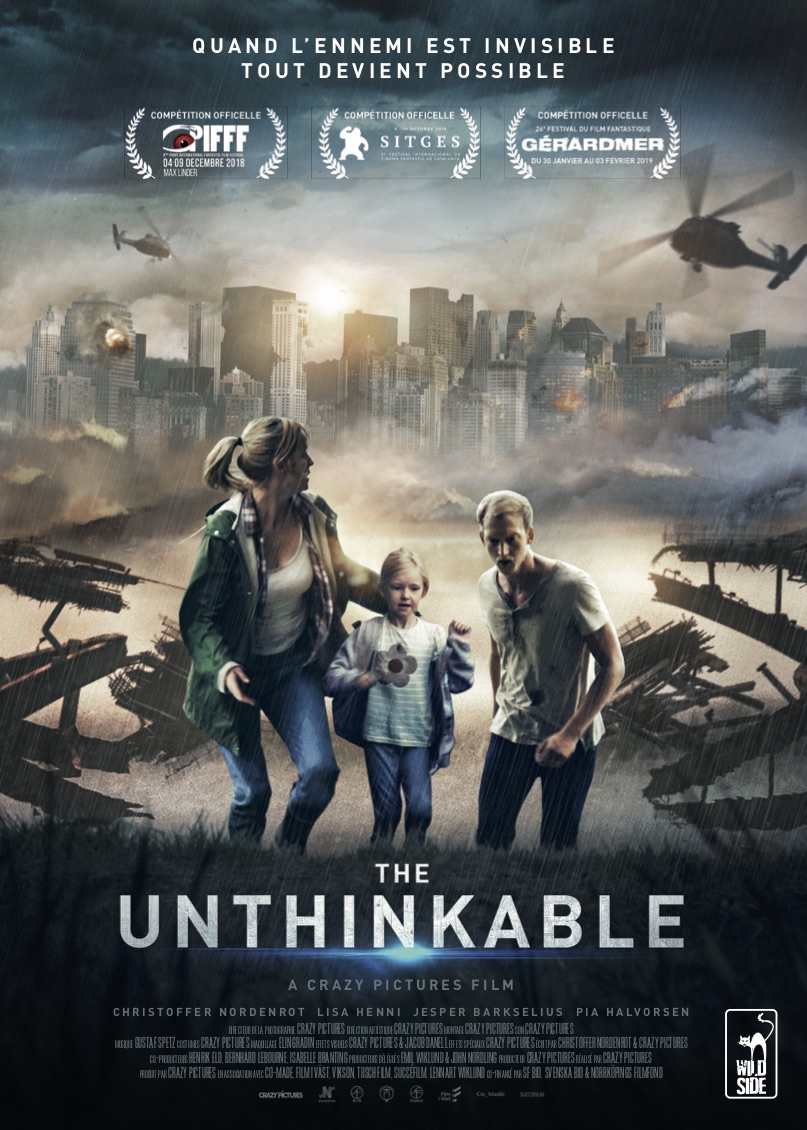 Alex is a musically gifted teenager. He has quite a good understanding with his mom but things don’t go so well with his dad. The latter’s fits of rage and whacky conspiracy theories might have something to do with that. Twelve years later, Alex is a well-known musician. At the funeral of his mom, he is reminded of his painful past. On the way back, he gets mixed up in a freak accident and there’s even more rotten business in the state of Sweden. A subway station is blown to smithereens, the army is put on standby, and half the nation’s population starts acting like an overgrown Fin who’s had too much vodka. Maybe his crazy dad was right after all… What if a foreign power set its sights on the energy supply of a peaceful nation? That’s the intriguing and not even that far-fetched basis for slow burn Swedish thriller THE UNTHINKABLE. The tension rises ever so slowly and the filmmakers get maximum results with a minimum of clever effects. The movie is the brainchild of the fivesome Crazy Pictures. Male lead Christoffer Nordenrot, Sweden’s coming man, already starred in TV series like WALLANDER and FALLET, whereas his co-star Lisa Henni featured in EASY MONEY 1 and 2.