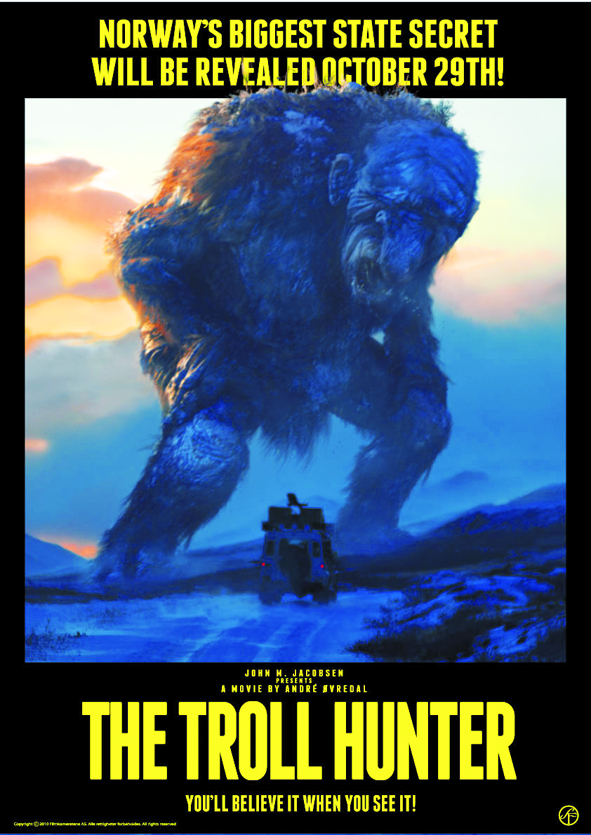 Three students have dug up a juicy one-of-akind subject for their final research project: the unexplained death of several bears in the Scandinavian Forests. To be honest, it beats a cheap documentary about the procreation of jellyfish in Iceland’s cold deep-sea. They quickly realize that poaching is not the answer, unless you use a silent rocket launcher. They meet a mysterious guy, owner of an old Jeep strangely scratched all over, which could scare Cujo out of his grave. Intrigued and excited, our three students decide to track him during his nocturnal walks into the depths of the Norwegian’s woods. It seems rather obvious that he is not the kind that picks mushrooms and strawberries, but while they are watching him, he rushes toward our students, screaming like a man possessed. But what’s that he’s yelling ? “Broll” ? “Croll” ? “Proll” ? Did he scream “Troll” ? Reality horror has taken a new direction. After an endless stream of low budget fare with shaky cameras trying to hide there’s actually nothing to see, we’re now treated to well-written movies with solid budgets and especially… credible sfx ( just think Cloverfield and Rec ). The cream of this recent crop comes from Norway and you don’t need Scandinavian roots to appreciate how the troll mythology has been integrated into the story. Director Andre Ovredal effortlessly blends tension and humor with a healthy dose of satire. Troll Hunter is one of those films you don’t want to miss at this year’s BIFFF.